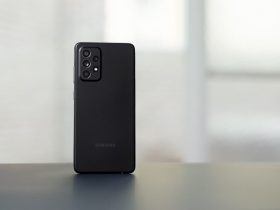 We all have them. Facebook friends who make us roll our eyes every time we scroll by one of their posts, for a myriad of reasons. And we see them come out of the woodwork more than usual these days with everything that is going on and more time spent at home due to the COVID-19 pandemic and social distancing rules.

While we love these individuals (if we didn’t, after all, it simply takes a quick push of a button to delete them from your “friends” list) and all of the diversity they bring to social media, sometimes, their posts simply make us cringe.

With that said, here are 10 of the most annoying social media offenders.

These individuals mostly lurk in mom groups (sorry, guys), but they feel it necessary to share images of everything from their child’s bloody nose to varicose veins. Even when it isn’t pictorial, there’s everything from intricate details about a child’s ailments (no one needs to see a close-up of the hole where your son’s tooth once was!) to information about menstrual cycles. If you don’t like it, just remove yourself from the group, right? But it’s one thing to turn to a group of like-minded strangers for tips on what to do when your child won’t listen, potty training advice, or where you can buy a great cake for your daughter’s 5th birthday, and another to scroll by photos of bodily fluids and bruised toes. Some things should be reserved for private conversations with close friends, not a group of locals on Facebook or your entire list of 300 so-called “friends.” Masked behind the Likes you receive for these posts are a sea of people who don’t want to be the ones to explain the concept of TMI.

We get it – you hate Trump. Or you’re a die-hard Trump supporter. You think Trudeau is an idiot, or the best thing the country has seen since his father was in office. Whatever your political viewpoint, is Facebook really the place to so vocally and passionately assert it? Let me back up: yes, it’s a free country, and yes, people should be able to share their thoughts and opinions on important topics, and even discuss them, through social media. If we can’t debate serious issues on Facebook, what is Facebook all about? Surely not just sharing pics of your dinners and kids and creeping the profiles of old high school acquaintances. But many people visit Facebook to unwind, see fun photos, and read the latest news. There’s a fine line between discussing serious issues and looking like a spammer, spewing a constant stream of hate toward a particular party. You might want to cool your jets and save the hard-hitting discussions for dedicated forums or (gasp) real-life conversations (or, in today’s world, Zoom or Google Duo video chats.

No, this isn’t the person who posts photos of the big fish he caught last weekend. This is the one who frequently posts cryptic comments, like “Why did this have to happen today?” or “OMG, I’m so excited!” End, period. In the words of Chandler, could you BE any more obvious? If you need someone to talk to, someone to listen, have some fantastic news to share, by all means, share it! If it’s something terrible that has happened, or you’re feeling bad, I applaud you for reaching out any way you can to find comfort. Don’t get me wrong: it’s great for someone to reach out to others when they need help, especially if it’s something really serious and you feel like you have nowhere else to turn. But it’s not these individuals I’m talking about. I’m strictly looking at the bona fide fisher: the person hoping to get attention, validation, and pique interest from people with cryptic comments. News flash: those who bite probably don’t really care about you – they just want juicy gossip.

Feel passionate about health care? Politics? Breastfeeding in public? Are you one of those people who pens post after post (or comment after comment) for the sole purpose of summoning the objectors, i.e. those you know full well think differently? Perhaps there’s a level of validation in seeing the number of comments on your post reach the double digits, and a full-out verbal brawl ensue among contacts. But while this might be your idea of intelligent discourse, it can actually verge on being a form of social media trolling. If you want to engage in a heated debate about an issue you’re truly passionate about, social media, while by definition is “social,” probably isn’t the best medium for meaningful discussions. Of course, this doesn’t apply to every conversation. I’m guilty in having participated in a few heated discussions online myself. But sometimes, it’s glaringly transparent that a post is made simply so the person can sit back, feet up, popcorn in hand, giggling at the storm they’ve just created.

Your Friends list is probably full of them: the people who constantly post photos of their children. Chances are, it’s mainly for close friends and family to see, since posting on Facebook is a lot easier than sending a mass e-mail to everyone who might care every time little Billy does something seemingly spectacular. And it’s a lot cheaper than printing photos and whipping out a photo album whenever grandma and grandpa are over (that’s sooo ‘90s!) As much as a small group of your friends probably love seeing the photos, and sharing their own, the other 75% of your friends probably don’t give a damn. Plus, you’ll have to contend with those “friends” who creepily Like every photo when you never talk to them, and the group of parents who refuse to post pics of their own kids and look down on you for doing so.

Hey, look at me! I just bought a new car! Hey, check out these fantastic photos of my fifth vacation this year! I bet you’re loving being at home with two sick kids while I’m sitting in at that great new restaurant downtown, sipping on wine and eating expensive grub. We’re all entitled to a boast post every now and then. And sometimes it’s nice to live vicariously through the carefree folks on your friends list. While the single mom with five kids might sigh every time her old high school crush posts his buff beach bod photos while vacationing with the guys in Fiji, she probably secretly loves seeing how the other side lives. But when it’s a part of your daily ritual, you have to ask yourself why you’re posting all of this information, and if anyone on your list really, truly cares, but you.

I know it took a lot of effort to find that text-based meme with a thoughtful or inspirational quote that’s supposedly attributed to someone famous (did Ryan Reynolds or Gloria Steinem really say that?) It’s all about lifting peoples’ spirits, right? As much as we appreciate the never-ending stream of fortune cookies, you are not the Dalai Lama. Sharing a valuable life lesson every now and then is a good pick-me-up. But every fifth post, or 10 of them in a row, especially when there’s probably some veiled reason you’re posting it, is a bit much. You have officially become the social media version of the cheesy co-worker with that “hang in there” cat poster in his office.

I say “invader” because the way this person seems to monopolize your daily feeds with images they’ve taken of themselves is almost like an invasion. Here’s me eating breakfast. Here’s me pumping iron at the gym. Here’s me at work. Here’s me getting coffee. Here’s me in front of my full-length mirror, getting ready for a night out on the town. Don’t I look gorgeous? Selfies are great. Selfies are fun. I love seeing some of the ones my contacts post on Facebook, whether they’re showing off a great new outfit, or a funny moment. But take a look at your profile. If the last two-dozen photos you’ve posted are mostly selfies, especially if you’re the only one in them, you may want to address an issue.

I wholeheartedly admit that I fall into the ninth category: the wannabe foodie, posting pic after pic of food made at home, cakes baked, and restaurant dishes. I personally love seeing such pics when other people post them, too. But I can imagine that others don’t want to feel like they’re flipping through a recipe book every time they scroll through their Facebook feeds. Maybe it’s indeed worth reserving the pics for a special food-related Instagram, set up alongside your regular personal one, and inviting those who want to see your food pics to follow. Just be prepared for only a small number of your Facebook friends to actually bite (pun intended).

Sometimes you have to wonder what this person does all day. If his Facebook profile is any indication, it’s simply keeping the world apprised of everything. This person posts constantly, what seems like every hour. New photos, memes, funny musings, video links – you name it. Facebook can certainly be a great way to take a short break during a work day. But if your name appears in someone’s feed several times in a row, maybe it’s time to go out for a walk. (Oh wait, you are on a walk, and sharing it with us!)

Do you have any of these offenders on your Facebook list? There are easy ways to get around it without unfriending someone, like unfollowing them so their posts don’t show up in your news feed or hiding a post and others like it from your feed. But before you delete the person altogether, or take drastic news feed clean-up measures, have another read of this list. Chances are that you fit into at least one of these categories, likely more. So, if nothing else, have a good laugh as you figure out which one best describes you.

Did we miss any types? Feel free to share some others with us!