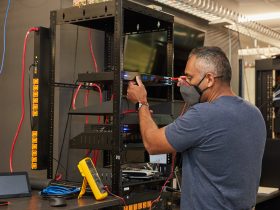 In a notice to customers, D-Link confirmed that it would be ending support for its mydlink Home and mydlink Baby Monitor cloud services.

The services worked with the company’s various camera devices, allowing owners to store footage in the cloud versus via local memory. For products like security cameras and baby monitors, mydlink also made it possible to tap into a camera’s feed remotely using the mydlink app.

D-Link says the decision was made as the company “continues to refocus on developing product and solutions that provide our customers the most value and highest security.”

Customers who own an affected device are being alerted that they will no longer be able to sign in via the respective app for things like remote viewing, management, and set-up as of December 30, 2022.

D-Link had launched a revamped version of the mydlink app as recently as September 2020, adding support for more IoT devices, including smart plugs, water sensors, and cameras. In December 2020, D-Link confirmed that it would be discontinuing support for IFTTT applets for its older smart home devices, according to Android Police.

The end of service announcement appears as a pop-up when you visit the mydlink website in both the U.S. and Canada.