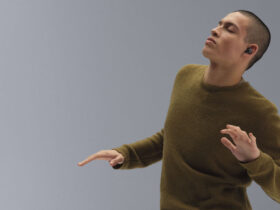 One of the giants of the Canadian audio industry passed away on April 8 at his family home in Thornhill, ON, at the age of 80. Howard Heiber was Owner, President and CEO of Audio Products International Corp. (API) from the time he formed the company in 1973, to the time he sold it to Klipsch Group, Inc. in 2006.

Based in Scarborough, ON, API was best known as the parent company of three leading speaker brands: Energy, Mirage, and Sound Dynamics. But API began as an OEM supplier, building private-label speakers for large retailers, as well as speakers for Japanese multi-nationals and North American specialty brands.

In the early 1980s, API acquired Sound Dynamics and Energy from the Canadian OEM customer that owned those brands, and in the mid-1980s acquired the Mirage brand under similar circumstances. Under API’s ownership, all three brands attracted a loyal following of audio enthusiasts and music-lovers in Canada and around the world.

API was also an active participant in the pioneering research into acoustics and speaker design at Canada’s National Research Council (NRC) in Ottawa.

At its peak, API employed 350 people and had annual sales in the high tens of millions of Canadian dollars. Its products were sold in over 70 countries. Now retired, Barry Ogg joined API in 1988 and served as Senior Vice President. Ogg says API was one of the top five specialty speaker companies in North America in terms of annual volume, and probably one of the top 10 in the world.

In the late 1990s, API added another brand — Athena — which it built for the Best Buy chain in the US. The deal followed two years of intense negotiations, Ogg says. “It was the biggest order we ever wrote. The Athena brand went into over 500 stores.”

Ogg managed the business side of API, Anthony Mosley (who died in 2007 at the age of 50) served as VP of sales and marketing, and Ian Paisley (now retired) served as VP of engineering. “Howard oversaw all operations, but his main focus was the factory,” Ogg says.

In the early 2000s, it became increasingly difficult for companies like API to stay price-competitive while continuing to manufacture in North America. “We held off for a long time, but eventually we had to move production of less expensive products offshore,” Ogg recalls. This situation led to Heiber’s decision to sell API to Klipsch Group in 2006. Klipsch was later acquired by Voxx International.

Dick Tuerlings, who is now Managing Director of the Audio Division for Gentec International, Klipsch’s Canadian distributor, joined API in 2002, and served as its Director of Sales for Europe. He recalls his first meeting with Heiber, which took place immediately after his job interview with Mosley. “Howard sat there in silence for about 10 minutes,” Tuerlings says. “That was his way of judging someone’s character. He really cared about his staff, but was a very astute businessman. He surrounded himself with strong people, and let them run the business.”

Almost without exception, people who worked at API and then went on to other companies, describe their time at API as “the golden era of their careers,” Ogg says.

Heiber cared about sound, and he also cared about music. He was a gifted trumpeter, and played in amateur jazz bands. Heiber also supported local musicians, such as Toronto’s Holly Cole Trio, who in the mid-1990s were ambassadors for the Energy brand.

Howard Heiber is survived by his wife Rhoda, daughter Nancie and her four children, and son Michael.