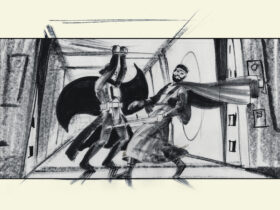 Robert Gumiela, who has admirably and enthusiastically served the Canadian consumer electronics industry for over 40 years, has informed Wifi Hifi that he will be retiring at the end of December.

“I’m signing off as a working stiff at the end of the year and entering the retirement phase of my career”, says Gumiela. “It’s been 46 years, 31 of which were in the CE business. I counted up 11 career changes in that 46-year span which is likely atypical for most.”

Gumiela, who has spent the last decade as the V.P Marketing for the Power Group, started his industry journey in the early 1980s working retail first, as a Store Manager with Hi-Fi Express in 1981 and then with an early pioneer in “big box” retailing; Majestic Sound Warehouse, through the mid ‘80s also as a store manager.

Robert moved to the supply side of the business in the late ‘80s starting with Phillips and Sanyo but really became a face of the industry through his decade-long tenure with Toshiba starting in 2007.  Robert, always colourful with his PowerPoint presentations, garnered the nickname “the Professor” for his detailed and academic observations of where the industry was heading, a skill most likely polished from his time in the newspaper business, prior to moving to CE.  Robert was also responsible for advertising and brand strategy at Toshiba, and I recall the monthly panic I would feel waiting for Gumiela’s monthly ad, anticipating who he was about to offend or call out, or both!  To this day, the only complaints I ever received from readers or ethics watch-dogs were from Robert’s Toshiba ads.  Funny enough, they are also the only ads that I remember today, after twenty years of running print media.

After Toshiba, Robert joined Samsung in 2007 where he remained for four years before joining his final tour of duty with the Power Group.

“As I look around, I’ve so many unfinished items, passion projects and new pursuits that I can finally chase and complete” says Gumiela, who plans to spend more time with his wife Roxanna, his three children and soon to be, two grandkids.

There are few people that I have relied upon more for an objective and thought-out observation on the industry and while we wish Robert the very best as he dabbles in his music studio and continues his home improvement projects, there’s still a pang of sadness that our industry is losing such an important voice.