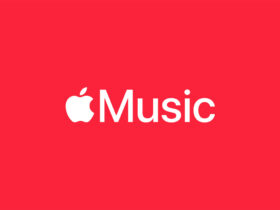 DCC Technology, which trades as Exertis and is one of the world’s leading technology distribution and services businesses, has announced earlier this month, its acquisition of Almo Corporation in North America. The acquisition is the biggest yet in the history of parent company DCC plc who also have acquired Stampede Global and Jam Industries to create their North American consumer electronics presence.

The move signals an ambitious strategy for Exertis, extending its international scale in the Pro AV sector and ramping up its expansion in the North American market. The addition of Almo Corporation builds on other acquisitions in North America including The Music People and JB&A, adding depth to its consumer portfolio. It expands Exertis’ Pro AV capability to form the largest specialist Pro AV business in North America.

Alongside its Pro AV business, Almo Corporation is the largest distributor of mainstream appliances, delivering a comprehensive portfolio of products including full kitchen packages with essential appliances to small and medium-sized retailers throughout the U.S. In addition, it is the leading distributor of premium appliances, serving retailers and builders designing luxury residential installations for refrigeration, ventilation and cooking in both indoor and outdoor settings. Almo’s thriving business in consumer appliances and lifestyle products will add scale to Exertis North America’s business in the consumer channel.

Almo’s 75-year-old, third-generation, family-owned business brings 660 employees, nine distribution centers and more than 2.5 million square feet of warehousing space across North America. Almo Corporation will benefit from leveraging Exertis’ financial resources and supply-chain logistics, delivering to its vendors and partners a host of improved business opportunities, efficiencies, and potential for profit. The acquisition will provide Exertis North America with increased back-end economies of scale allied to the front-end specialization that will add multiple benefits for all its vendors and partners.

Almo will continue to be operated by the Chaiken Family, with Warren Chaiken as President and CEO and Gene Chaiken as Chairman. The combined Exertis and Almo Pro AV divisions will in due course be led by Sam Taylor, current Executive Vice President & COO of Almo Pro AV. Shortly after the completion of the integration, the combined business will be rebranded as Exertis Almo Pro AV.

John Dunne, a long-time senior executive with Exertis, currently leading the Exertis Pro AV team in North America, will join the Almo executive team and help lead the integration. The Premium Appliances and Mainstream Appliances divisions will continue to be led by Steve Terry and Jack Halperin respectively – both industry veterans in those markets.

“The acquisition of Almo Corporation is the largest in DCC’s history and signals our confident and ambitious intent to expand DCC Technology” said Tim Griffin, DCC Technology & Exertis Managing Director. “By integrating Almo with our North American business, we will form the largest specialist Pro AV business in North America. Almo’s 75-year history of growth and success, combined with its longstanding relationships with industry partners and its ability to continually innovate and expand will be great assets to Exertis. In turn, we will bring significant economies of scale, global supply chain access and other benefits to the customers of Almo Corporation.”

Warren Chaiken, Almo Corporation President & CEO added, “having just completed a year-long celebration of 75 years of growth and business success, the time is right to give our manufacturer and channel partners a truly global distribution stage so they can operate their businesses at a greater capacity, leverage more buying power and the ability to compete for a more comprehensive position in the global supply chain. We are committed to growing with our partners by remaining their value-added distributor with larger scale and access to more products, more services and more financial support. For them, this transition will be seamless in that we will operate business as usual.”

Exertis is one of the world’s leading technology distributors of consumer, business and enterprise products from pioneering technology brands, playing an integral role in supplying the world with cutting-edge tech. For forty years Exertis has distributed the technology that transforms societies and facilitates the world’s transition to digital. These days Exertis distributes everything from AV solutions to AI-powered smart-tech. A wholly owned subsidiary of parent company DCC plc, a FTSE 100 company, it has offices in Europe, North America, Middle East and China, representing 2,400 brands. In 2021 it had a turnover of £4.483 billion.