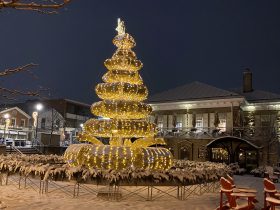 From Our Family To Yours…Season’s Best!

According to data presented by Atlas VPN, US residents received a staggering 50.5 billion robocalls in 2021, a 10% increase from 2020. On average, each affected person in the US receives around 154 robocalls calls throughout the year.

Reported by SureCall and Hiya, approximately 2.1 billion scam calls were made to Canadian phone numbers in 2019 (the latest year for Canadian data).  That’s an average of 6 calls per Canadian per month. The Canadian Anti-Fraud Centre (CAFC) said that scam calls that usually start with a recorded message were the largest reported scams for the year.  The probability is good that you received the latest popular scam of a call reporting that you were in imminent danger of arrest and not to hang up will be high.  The recorded message informs the caller that this is the Canada Revenue Agency and then goes on to scare you for being behind in your taxes.  While any savvy tech reader will find it almost laughable that such calls work, if scammers are pushing out close to six million calls per day, the probability of landing a gullible responder is actually pretty good.

A robocall is an automated telephone call that uses auto-dialing software to deliver a pre-recorded message to its recipients. At best, robocalls can be annoying, bombarding you with unsolicited ads. However, at worst, robocalls can end up defrauding you. One thing is clear; it is nearly impossible to escape them.

According to SureCall, most scam calls come in one of four varieties:

Tech Support Scams:  These calls target senior citizens. The caller says they’ve detected a virus or some other problem with your computer and that for a small fee they can fix. What’s awful about this scam type is that not only do they fraudulently take your money but they usually send you a link and tell you to click on it, saying that it will download helpful anti-virus software. When in reality, it downloads malware directly onto your computer.

Inheritance Scams:  The caller poses as a foreign government official, banker, government representative, or lawyer. They say you have a relative with an overseas bank account full of money and that you are the rightful recipient. All you have to do to claim this money is give them your financial and personal information. These callers are some of the pushiest (and most clever) in the scam calling business.

Emergency Scam:  This is another scam that targets senior citizens almost exclusively. These calls are most often received in the middle of the night, waking you up to catch you in a disoriented state. The caller tells you that your grandchild is in some kind of trouble and that they need money. They then try to convince you to send them a large sum of money via wire transfer.

Immigration Scam:  These calls target people who are working through the Canadian immigration system and new Canadian residents. The caller pretends they are an immigration officer and tells you that your immigration documents were filled out or submitted incorrectly. They try to collect your personal information and your banking information, saying that this service requires a fee.

While 2.1 billion scam calls in Canada is a staggering number, consider that residents in the city of Dallas, Texas alone received 1.8 billion robocalls in 2021. While residents of all US states received their share of robocalls last year, some were affected more than others.  Atlas reports Texas residents endured the most robocalls out of all the states in 2021 receiving 5.8 billion robocalls, an almost 12% rise from 2020.

The data is based on the Robocall Index by YouMail, which extrapolates the data collected from calls made to YouMail users.  The historical data of robocalls, shows their number has been steadily growing from 2016 up to 2019, when they reached a record 58.5 billion calls per year. In 2020, during the pandemic due to the closing of call centers, the number of robocalls in the US plummeted by over a fifth (22%) to 45.9 billion.

However, the number of robocalls has been climbing once again. All in all, 262.3 billion robocalls were received by US residents from 2016 to 2021. In Canada, the area codes that received the most scam calls are:

According to the Federal Trade Commission (FTC) in the United States and the Canadian Anti-Fraud Centre, robocalls are the number one complaint by consumers. While it might be impossible to avoid robocalls entirely, there are a few ways you can minimize the chances of falling for a robocall.

Do not engage. By taking action, such as answering the questions proposed by the bot or following the bot’s instructions, you signal the scammers that your phone number is in use, and you may get even more robocalls in the future. What is more, scammers might record your answers and use your voice or information to commit fraud.

Despite these enormous numbers being in the billions, there is some evidence to suggest that 2020 was not as bad as 2019, at least in Canada and the United States. This is almost certainly because of COVID-19 lockdown measures. Coronavirus precautions worldwide kept consumers at home and put a wrench in major calling campaigns by sidelining the call center agents responsible.

While it is nearly impossible to avoid robocalls a small reprieve from receiving voice recordings from legitimate businesses can come by adding your name to Canada’s Do Not Call list. SureCall also recommends downloading a call blocking or caller ID app such as Trucaller, Hiya, Robokiller, and CallHero. All iPhones have the capability of blocking a number too, by clicking the information button next to a phone number and then scrolling down to click “block this caller.”

SureCall has compiled a list of robocalling rules to follow: If you don’t recognize the number, don’t answer it.  If they ask you if you want to be removed from their list, don’t do it. If you agree to this, it will only increase the number of calls you receive. Why? Because what you’re really doing is verifying with them that your number is in fact a valid number.  If they ask you to push a button to speak to an agent, don’t do it (for the same reason stated above). Don’t say anything. Sometimes scam callers record any speech they get from you on the call and use it against other callers, sometimes against people you know.

Sadly as the economy opens up after Covid and call centres return to full capacity, the probability that robocalls will also rise is a near certainty.  Stay prudent, don’t answer calls from strange numbers and take comfort that a rise in robocalls at least means life is returning to some level of normalcy.