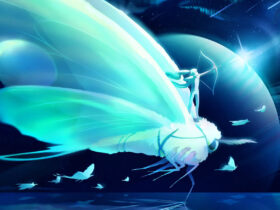 Annual Adobe MAX Has Much to Offer

Black Friday/Cyber Monday sales from Shopify’s merchants, largely small and independent brands, demonstrate retail resilience—and consumers are voting with their wallets to support them. In addition to this record-setting weekend, Shopify saw holiday shopping start earlier than ever before, with daily total sales increasing 19 days before Cyber Monday, nearly two weeks earlier than previous years. In fact, in the week leading up to Cyber Monday, from November 23 through November 30, sales increased by 84% from 2019.

Building on the company’s commitment to sustainability and creating a low-carbon future, Shopify offset all carbon emissions from the delivery of every order placed on Shopify’s platform during the weekend, resulting in nearly 62,000 tonnes of carbon emissions offset during the Black Friday/Cyber Monday weekend. That’s the equivalent of carbon sequestered by 80,970 acres of North American forests in one year—the size of approximately 61,340 football fields.