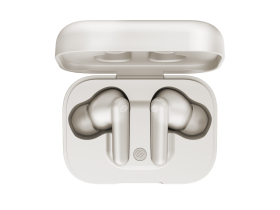 Spotify has released their annual streaming trends called “Wrapped” that analyzes what music was listened to the most throughout the year. So, what did the world listen to in 2020?

Most Streamed Artists Globally (all links back to Spotify)

Puerto Rican rapper Bad Bunny claims the top spot with more than 8.3 billion streams this year from fans around the globe. His album YHLQMDLG—released in late February and featuring collaborations with Sech, Anuel AA, and Daddy Yankee—is the number one streamed album as well. Following Bad Bunny is Drake and Latin star J Balvin. The fourth most-streamed artist is the late rapper Juice WRLD, followed by The Weeknd.

The most-streamed album of 2020 is Bad Bunny’s YHLQMDLG with over 3.3 billion streams, followed by The Weeknd’s After Hours and Post Malone’s Hollywood’s Bleeding.Rounding out the list of most-streamed albums you’ll find Harry Styles’ Fine Line and DuaLipa’s Future Nostalgia.

More and more podcasts came to Spotify in 2020, and with over 1.9 million titles, there’s now something for everyone. That includes The Joe Rogan Experience, which holds the number one spot for most popular podcast of the year. Filling in spots two and three are TED Talks Daily and The Daily, showing that listeners were staying in the know as usual. Coming in at number four is a new series from a well-known voice: The Michelle Obama Podcast. The fifth most popular podcast is the comedy/advice show Call Her Daddy.

Podcasts on Spotify cover a range of topics that cater to the varied interests of our listeners. What genres were people drawn to in 2020? Taking spot number one is Society & Culture, a genre that includes both spooky stories and foodie content. Next in line is Comedy, which is no surprise as many are looking for more ways to laugh this year. Spot three is reserved for Lifestyle & Health, demonstrating that listeners love turning to podcasts for wellness. Arts & Entertainment ranks fourth and Education ranks fifth, proving that people are turning to podcasts for both a break and a time for learning.

This year we also looked beyond the individual artists, songs, albums, and podcasts and dove into the trends that shaped streaming—the things that made it sound so different.

As people started to social distance, we saw an increase in nostalgia-themed playlists and work-from-home-themed playlists, and in listeners listening to wellness podcasts like Unlocking Us with Brené Brown and Get Sleepy: Sleep meditation and stories.