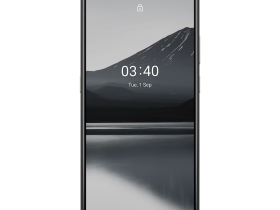 2020 is a very bad year for everybody. It’s so bad and scary that the entire year feels like Halloween night every single waking moment of our lives. However, we still need some form of entertainment, a spooktacular one if possible. So below is the list of my top10 Spooktober Spooktacular movies to watch:

Washed-up true-crime writer Ellison Oswalt, played by Ethan Hawke, finds a box of Super 8 home movies, which suggest the murder he’s currently researching is the work of a serial killer whose work dates back to the 1960s. Watch it on Blu-ray for creepier sound design and artefacts-free video.

Here’s a Netflix film based on the novella by Stephen King and Joe Hill. After hearing a young boy’s cry for help, a sister and brother venture into a vast field of tall grass in Kansas but soon discover there may be no way out…and that something evil lurks within. It’s in 4K and Atmos on Netflix. Great sound although the video quality suffers due to Netflix cutting down the 4K bandwidth up to 50% (alas, for good) lately.

The popular game takes a deadly turn when a group of people have to compete against each other to please a sadistic aristocrat. I watched this on Netflix and while it’s not scary per-se, it still instils high creep-factor and tension throughout the flick.

Two parents think they’ve left their troubles behind when they move out of a haunted house. Turns out, they brought the problem with them—and it’s their son. Watch it on blu-ray for the highest creep factor. The Netflix version is full of artefacts it’s distracting. Don’t bother watching the rest of the series, this first movie is much better by far.

A deaf writer who lives a solitary life in the woods finds herself fighting against a masked killer who invades her home. The Netflix presentation is nice enough to maintain the edge-of-your-seat tension that’s running throughout the movie.

The Netflix original with Allison Williams and Logan Browning is easily one the most suspenseful and shocking films the streaming site has to offer. You won’t soon forget the two prodigies and the events that transpire at their school. While seemingly slow in the beginning, the journey you take with this story is worth waiting until the end.

This Netflix original movie, which was inspired by Stephen King’s 2010 novel, follows the story of a frustrated farmer who plots to kills his wife and asks his son for help. If you’re looking for scares, you can skip this movie, but if you like the sense of dread and tension that are sustained for the entire length of the movie, this is it.

When Jess sets sail on a yacht with a group of friends, she cannot shake the feeling that there is something wrong. Her suspicions are realised when the yacht hits a storm and the group is forced to board a passing ocean liner to get to safety, a ship Jess is convinced she’s been on before. You can watch this movie on Amazon Prime but the compression artefacts can be quite annoying at various parts of the movie. Get the blu-ray disc instead and you’ll be immersed in this spooky story without distraction. The sound design is not half bad either.

Vampire Count Orlok is interested in a new residence and in his real estate agent’s young wife. F. W. Murnau’s unauthorized adaptation of Bram Stoker’s “Dracula.” Don’t watch this movie for the scare factor but watch it for the historical perspective. This movie is the first ever Dracula movie ever created and most modern Dracula clichés started by this movie.

My most favourite movie on this list. A father and son, both coroners, are pulled into a complex mystery while attempting to identify the body of a young woman, who was apparently harbouring dark secrets. I blind-bought this blu-ray at Walmart several months ago. To my surprise, this must be one of the most underrated movies in the past year or so. It’s satisfying throughout the movie and even more so at the end. You need to watch it in one continuous stretch. The story telling is so good you don’t even need a giant screen and/or home theatre system to make this movie crawl under your skin.

Well there you go, that’s my list. I’ve also watched The Haunting of Bly Manor and Nurse Ratchet on Netflix, Blumhouse series on Amazon Prime, and many more new offerings but to me none of them are scary to me, therefore I don’t include them on my list.