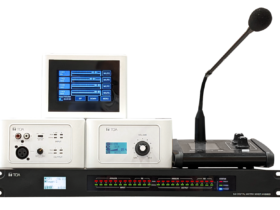 I originally wrote this in 2017. Like many traditions that happen around this time of year, I thought it was worth repeating.

If you are like me, no December is complete without watching “A Charlie Brown Christmas” on television. We all know that Charles Shultz was the man who invented Charlie Brown and the Peanuts gang, but it was executive producer Lee Mendelson, who put Charlie Brown on TV.

Like Shultz, Mendelson lived in the San Francisco Bay area and had terrific success in 1964 directing and producing a CBS documentary special on the life of baseball great Willie Mays, titled “A Man Named Mays”.

Mendelson needed a follow up TV special and years later, while being interviewed by the San Francisco Chronicle, he was asked why he settled on Charlie Brown? In what could only have been a well-scripted response, he said “having done a show on the world’s best baseball player, I should now do a documentary on the world’s worst: Charlie Brown”.

Being 1964, Mendelson found Charles Shultz’s number in the phone book and pitched the idea for a Charlie Brown documentary that would be called “A Boy Named Charlie Brown”. Shultz was receptive and filming started two weeks later.

Lee Mendelson was a jazz fanatic and knew he wanted an original jazz score for the Peanuts special. Mendelson initially contacted his friend Dave Brubeck but Brubeck said he was too busy – a decision he would forever regret.

Mendelson had a habit of crossing the Golden Gate bridge while listening to KSFO, the San Francisco jazz station that at the time, had a local bay area piano player in heavy rotation named Vince Guaraldi. Guaraldi was having some local success with a bossa nova inspired song called “Cast Your Fate to the Wind”, a track Mendelson felt captured the essence of the Peanuts gang. Later that day, Mendelson contacted Max Weiss from Fantasy Records who put Mendelson and Guaraldi in contact. Both men immediately had a strong connection and had a laugh over their shared morning ritual of reading the Peanuts comic strip. Work on the original score for “A Boy Named Charlie Brown” by the Vince Guaraldi Trio started soon after.

After completing the show, Lee Mendelson shopped it to every U.S. network coast to coast and all rejected it. The irony was not lost on Mendelson that Charlie Brown had been rejected! A year later, in 1965, Lee Mendelson had all but forgotten about Charlie Brown when he received a call from John Allen who was in charge of the Coca Cola account at ad agency McCann Erikson. Coca Cola was looking to sponsor a Christmas special and based on Mendelson’s success with the Wille Mays story, approached Mendelson to ask if he had any interest in doing a Christmas special? Well, the rest of the story is history: Mendelson pitched Shultz who worked up the story boards for what we all know now as “A Charlie Brown Christmas”. Vince Guaraldi repurposed some of the content he had done for the original Charlie Brown documentary including the theme track “Linus and Lucy” while adding Christmas standards such as “O Tannenbaum” and “The Little Drummer Boy”. For the singing parts, Guaraldi worked with the children’s choir at St Paul’s Episcopal church in San Rafael, a hippy town in Marin County north of the Golden Gate bridge.

We know nothing comes easy for Charlie Brown and while Coca Cola essentially sponsored the making of the special, the top brass at CBS absolutely hated the show and detested the jazz score even more. The screening was such a disaster that the CBS executive team tried to kill airing the Christmas Special, but it was too late; the show had already been published in TV Guide and the national newspapers stating it would be aired at 7:30pm on December 9, 1965. That week, “A Charlie Brown Christmas” was the second most popular show on TV (behind “Bonanza”) and Time magazine gave it a rave review stating it “a holiday classic worth repeating”.

To think that Vince Guaraldi was not even the first choice to score the music for “A Charlie Brown Christmas” and that the show may never have aired, had the TV execs had their way, yet the album has sold over 3.5 million copies placing it in the top ten list of best-selling Christmas albums. The album has also been voted into the Grammy Hall of Fame, has won both an Emmy and a Peabody award and added to the Library of Congress’s National Recording Registry list of culturally important sound recordings and the United States Postal Service released “A Charlie Brown Christmas” stamp to mark the 50th anniversary in 2015. For the 56th time, A Charlie Brown Christmas aired on television this month – what a terrific tradition. Incidentally, Vince Guaraldi went on to compose the scores for seventeen Peanuts television specials.  Merry Christmas, season’s best and happy holidays everyone!