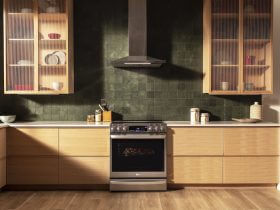 The beginning of COVID-19 was about a year ago. Everything closed down, people can’t go anywhere, and due to boredom or necessity, the use of the internet, for pretty much everything has stratospherically increased. In a world where information can be disseminated very easily with a simple Google search, the rise of misinformation has also gone through the roof in a time of Covid. And sadly, when it comes to audio, the dissemination of misinformation is done both by the less-informed and the so-called experts.

The misinformation I’m referring to is when someone showcases an audio and/or video system to their friends and followers by recording the sound and/or video, using their A/V capture devices and uploading the results to YouTube, Facebook, Tik-Tok, and other internet platforms. This ridiculousness has been around for years but it’s getting more and more common lately to the point that this method is now used as a de-facto way to do a showcase, review and/or to do comparison tests.

Take for example; you want to show the picture quality of your 4K TV.  First the image will be captured with a camera which auto focus, auto exposure and auto white balance and unknown shutter speed are going to majorly affect the image captured. Even the camera angle can and will affect the image captured. But for arguments’ sake, let’s assume for a moment that the image capture is perfect, it will then still have to be rendered through various processes depending on the platform you are sharing the content on. Take for example, if you upload a video to Facebook, the image will automatically be resized, recompressed and be optimized for (in this case,) Facebook. Then you need to deal with the image reproduction. Different displays (on a phone, tablet, PC screens of varying resolutions and sizes) will affect the image reproduction. Plus, in most cases the display used to view the image is not calibrated. Really, how would anybody expect the image being viewed to be a true representation of the display being showcased? It’s impossible, it’s ridiculous, and it’s laughable. On the simplest observation, how would anybody judge an image quality of a (say) 65” TV shot from 8 ft away on a 34” PC monitor, or worse, on a phone screen?

Just look at the two photos below. They were both taken of a paused presentation on my projection screen using the iPhone 8 Plus with everything set to automatic. Two shots of the same image and the results are dramatically different, and neither exactly represents what I actually see on my screen. Even crazier is that what you are seeing in these two pictures is still going to be different than what I see, since the wifihifi website image optimizer is going to do some automatic rendering.  See how crazy this is?

This madness doesn’t stop here. On the audio side, this ridiculousness is also very prevalent. People using their phone to show off the sound quality of their system. At best, you are listening to a sound system of brand-A through a headphone/mobile phone/tablet speakers. Nobody could judge anything anymore as the sound have been recorded haphazardly using microphones of unknown quality, with the sound compressed (usually lossy) then re-uploaded to YouTube or Facebook where the sound is then recompressed (“optimized”) for that platform.

The fact that many people don’t grasp this ridiculousness is one thing, perhaps they simply don’t understand. However, when these audio and video “demos” done by a YouTube channel, it makes me mad.

Why? First and foremost, these YouTubers and hosts should know better. After all, they put themselves in a position of authority. To their viewers/fans, they are the source of information; they are the people whose viewers trust. But instead of explaining how laughable the internet demo of audio and video are, they fan the fire by doing even more of this ridiculousness.

So please, let’s stop this madness and the act of dumbing down of the (audio video) society and start educating each other. Stop doing things for “likes” and “subscriptions”. The best you can hope for is that you follow a good reviewer and you take their word for what they are hearing or seeing because what they are hearing and what you are hearing is just not the same. And for those who adamantly keep doing these severely flawed methods of AV demonstration as being accurate and representative, shame on you!