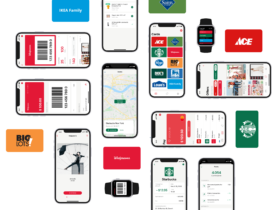 Quebec-based wireless carrier Videotron has confirmed the launch of its 5G network, with rollout beginning gradually in Montreal then within other urban centres through Quebec.

Jean-François Pruneau, President and CEO of Videotron says Videotron is “very enthusiastic about embarking on the path to this promising and exciting future, in which technology will truly serve the daily needs and wants of our families and businesses.”

In the short term, says Videotron, 5G technology will support faster upload and download speeds and the introduction of new applications. Once fully implemented, 5G will make it possible to transmit data up to 20 times faster than existing networks, seamlessly connect approximately one-million devices per km, and bring latency – the time it takes for a signal to travel from the device to the network server and back – to almost nil. In the longer term, says Videotron, 5G will “open up a world of possibilities for Videotron customers at work and at home.”

Small and medium-sized enterprises within Quebec, in particular, will be able to use 5G technology as a springboard to develop their businesses, break into new markets, and create new products and services.

As announced a year ago, Videotron’s 5G network will be rolled out over the next few years in collaboration with Samsung. Samsung was the first company in the world to launch a 5G-compatible phone and was instrumental in making South Korea the first country in the world to install a 5G cellular network, says Videotron.

“It is a privilege to join forces with Videotron for the build-out of its 5G network,” says Jeff Jo, President and CEO of Samsung Canada. “This first Canadian implementation will be an opportunity for us to apply our global experience in Canada. 5G will revolutionize Quebecers’ mobile experience in many ways and we are pleased to be part of this major advance at Videotron.”

Videotron has been testing 5G technology under real-life conditions at the Open-Air Laboratory for Smart Living since 2019, in collaboration with the École de technologie supérieure (ÉTS) and the Quartier de l’innovation, among others.

Videotron is a wholly owned subsidiary of Quebecor Media Inc.