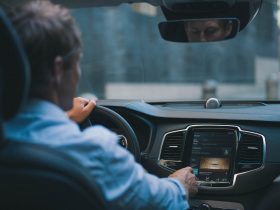 “Walmart is known for its excellent people,” says Horacio Barbeito, President and CEO, Walmart Canada. “I am extremely proud and excited for what Nabeela, Sam, Laurent, and John will offer our customers as we continue to modernize and transform our business. Walmart is also a great place to build a career. We recognize and promote great talent.”

As Walmart Canada’s new Chief Operations Officer, Ixtabalan will oversee the operations and performance of more than 400 stores from coast-to-coast-coast serving more than 1.5 million customers daily. She joined Walmart in 2020 as executive vice president, people and corporate affairs. Her passion and commitment in the areas of well-being, diversity and inclusion, building capabilities for the future, and becoming a regenerative company will have a lasting impact on Walmart Canada.

She joined Walmart following an extensive career in retail working for major brands like Starbucks and Ikea and has held senior roles in the U.S., Canada, and Europe. She brings experience in human resources, retail operations, digital innovation and agile methodology. She is also Walmart International’s first-ever female COO and was most recently recognized as one of The Globe and Mail’s Report on Business’ 2022 Top Executives.

Wankowski is Walmart Canada’s new Chief Merchandising Officer, responsible for ensuring that customers have convenient access to food, apparel, general merchandise, and health and wellness offerings at everyday low prices. His career with Walmart began in 2003 when he joined ASDA, Walmart’s former UK operations. He spent five years in a variety of roles within ASDA before joining Walmart Canada in 2008.

During his time at Walmart Canada, Wankowski held many progressive leadership positions within merchandising and operations and was most recently the company’s COO. He is an ambassador for company culture, building engaged, diverse, and capable teams. He has been a dedicated advocate for work to become a more regenerative business.

Laurent Duray is Walmart Canada’s new Chief E-commerce Officer, leading a cross-functional team to accelerate and grow Walmart.ca, which is visited by 1.5 million customers daily and includes more than 40 million items from over 6,000 sellers on Walmart Canada’s Marketplace.

He is known for his high energy and focus on performance and developing talent and is a strong transformational change leader, creating innovative solutions and value for Walmart customers. Prior to joining Walmart, Duray worked for well-known European retailer Ahold Delhaize and in management consulting at Accenture.

In the newly created position of Executive Vice President, Transformation Officer, John Bayliss he will be driving the strategy, innovation, corporate development, new store format, real estate, and transformation agenda for Walmart Canada. Prior to this role, he was the senior vice president of logistics and supply chain of Walmart Canada where he led a transformation within the supply chain team focused on safety, engagement, performance, and service to Walmart stores and customers. That included innovative projects around automation, blockchain, fleet electrification, and artificial intelligence.

Bayliss has been a passionate champion for modernizing the business with innovative projects around automation, blockchain, fleet electrification, and artificial intelligence. Before joining Walmart Canada, he worked for over 16 years with The Boston Consulting Group. He was a core member of its global retail leadership team and served retail clients in Canada, the U.S., UK, Europe, and Australia.