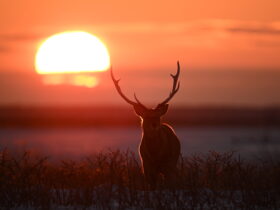 Nikon’s new 800mm Lens Weighs Half of the Previous Model

The latest candidate in our series of Q&As with influential women in the technology business in Canada is Sarah Wilkinson, COO, Dr. Bill, an intelligent billing platform for physicians.

The Quote That Most Inspires You:  “My mission in life is not merely to survive, but to thrive; and to do so with some passion, some compassion, some humour, and some style.” – (Maya Angelou)

I studied business at an Ivey Business School, but I knew I never wanted to go into traditional finance. I wanted to make a tangible impact and not just sit behind a desk. Instead, I got started in product management for credit cards because I loved working on a product that people would literally have in their wallets and touch every single day. That appreciation of problems and products that make every day impacts is still with me to this day.

Of course, I’ve worked with unenlightened views from individuals, teams, and entire systems. Before studying business, I was studying English Literature, and my circles are still full of people in academics and the humanities. They say to me that they could never work in tech or the corporate world because the system has a male-dominated attitude, and they’d much rather stay outside of it.

As opposed to taking myself out of the space, I’ve chosen to stay in the tech and corporate world to try and enact positive change from within the system. I believe we actually need equal parts of both types of change – within the system, and outside of the system.

Not only am I a woman, but I’m also young, unmarried, and childless. I’m a big stickler for ensuring that team members don’t pay the “single tax” – the assumption that the young and childless have less on their plates at home and should therefore pick up the slack.

It starts with funding the right founders. A lot of founders build businesses to solve a problem that they are familiar with. While sectors such as EdTech and fashion might have more opportunity for female founders, that’s not to say there aren’t a diverse group of brilliant women in more traditional male sectors – such as MedTech – that have yet to be recognized.

To quote former Reddit CEO Ellen Pao: “For decades now, the venture industry has been dominated by white men who invest in white men, who are successful and reinforce this idea that it’s this very specific set of people who are great entrepreneurs and who will make money for your companies, for your funds. Now, what would happen if, for a year, venture capitalists only invested in companies run by Black women who went to Tennessee State University, where Oprah Winfrey went? Well, the only companies that made any money for them from that year would be TSU alumnae.”

Have as many personalities as Moira Rose has wigs. You will work with all sorts of people and in all sorts of situations, so be flexible and don’t get stuck in one way of doing things.

Joanna Griffiths. Her insistence on raising funding for Knix while pregnant is beyond admirable.

Myth: Women don’t apply for the same roles that men would apply for when they’re less than 80% qualified. That’s why we have such a hiring pipeline issue in tech.

Reality: That myth puts all the blame on women for their own lack of representation. Instead, those first layers of management need to shoulder the responsibility of identifying, mentoring, sponsoring, and ultimately moving talent into the right roles.

Myth: Women have too many commitments to be able to really hustle.

Reality: Hustle culture is toxic. If you’ve built a startup where everyone needs to work 100-hour weeks for things to not fall apart, you’ve built the wrong thing. It’s the operations manager in me, but a system with that little slack in it is a ticking time bomb. Moreover, I know lots of people – not just women – who have full lives outside of work, whether it’s hobbies, a bustling social life, or a family, and it shouldn’t have to be one or the other.

I’d love to see an increasingly intersectional approach to the technology industry. I am of mixed heritage – my mother is from Hong Kong and I grew up speaking Cantonese. I believe we are making strides on gender within the industry, but I want to see increasing focus on BIPOC and other vectors of diversity and inclusion. That’s one of the things I’m most proud of with Dr. Bill. We’re always looking at ways to create a diverse team across all fronts – in background, talents, personality, and more. The more each individual can bring a unique point of view to the company, the stronger we are for it.

Very! Traditionally, medical billing is done by a physician’s spouse, and 50 years ago, I bet that medical billing was a very gender-traditional space. Now, flash forward to Dr. Bill, and we were founded by the male spouse of a female physician! We are here to remove the pain of billing for all physicians and their families, no matter their composition.