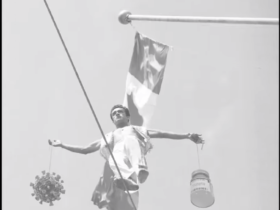  CNE Becomes the First Canadian Fair to Launch an NFT

The idea of ad-supported streaming has been on the mind, especially with Netflix’s new Basic with Ads tier option. Initially, people expressed pushback against the idea of viewing ads while streaming shows and movies, not to mention only getting a limited selection of content due to licensing restrictions with that level of subscription. But, according to a new study by Roku, Canadians might be more on board with the idea of ad-supported streaming than we think.

According to Roku’s third-annual Video-on-Demand (VOD) Evolution Study, the majority of Canadians stream TV at 76%, which is not surprising. But what is surprisingly is that more than half (52%) of them subscribe to ad-supported TV. What’s more, 47%, which effectively would include almost all the remaining streamers in Canada, are considering making the switch. This has led Roku to coin the term “FlexiVODS” to describe them.

The study found that 18% of Canadian TV households plan to either cancel or downgrade their cable or satellite TV package in the next year, and 47% will make changes to the selection of streaming services they use. The decision, says Roku, is being driven by the fact that 57% of TV streamers report having less disposable income now than they did before.

“For Canadian TV streamers, flexibility for the type of entertainment they want, anytime they want, is what makes streaming so appealing,” says Christina Summers, Head of Advertising in Canada, Roku. Thus, having the flexibility for scheduling might be what drives people to streaming and not necessarily the absence of advertising.

“The growth in TV streaming,” Summers adds, “gives an advantage to both marketers and publishers, too. Marketers can extend their reach beyond traditional TV broadcasting with stronger targeting, measurement, and ROI outcomes. And publishers can tap into new audience segments and better monetize existing and often dormant catalogues.”

What’s more, since there’s more choice than ever when it comes to streaming services in Canada, Canadians are being choosier about which ones they subscribe to. Live content like sports and other key events that are available on demand via streaming services remain the most popular, with 49% of Canadian reporting they watch this type of TV. That’s actually an increase from 30% who reported using VOD services to stream live TV in 2020.

However and wherever they’re watching, it’s clear Canadians are still consuming a lot of content: a total of five hours per week, which marks a 14% increase over last year (this also includes BVOD services). The ads also appear to be working, since 76% of Canadians end up searching for more information, visiting the brand website, adding items to their baskets, and doing more to follow up once they see an ad.

But Canadians also appreciate certain ad strategies over others. Close to half (48%) of those under 35 say they prefer that the tone of the TV ad matches the program they’re watching, while 47% say they’re more likely to pay attention to ads that reflect or are relevant to their mood. Some Canadians are also interested in engaging with ad formats such as QR codes.

“TV streamers are more responsive on streaming platforms to ads than non-TV streamers that see ads on TV, which can be attributed to the lighter ad-load through TV streaming,” adds Summers.

Roku’s study provided some more interesting stats. Of the TV streamers in Canada, 29% of them are “cord-nevers,” meaning they have never before paid for a cable subscription. This doesn’t mean, it seems, that they are Millennials or Gen-Zers: the average age of a monthly TV streamer in Canada is actually 44, putting them firmly in the Gen-X camp.

Another interesting tidbit: 86% of anglophone streamers and 64% of francophone streamers watch streaming content with subtitles versus dubbed content. For some, it is because they are hard of hearing while for others, it’s because the show is not offered in their native language. But there’s also likely those who watch with the volume low and subtitles on so as not to disturb others in the house (that’s me late at night!)

Roku’s 2023 Video on Demand (VOD) Evolution study is based on the results of an online survey of Canadian adults aged 18+ who use the internet and watched TV at least once in the last month. Fuse Insights research commissioned by Roku took place between July and August 2022, with a sample size of 2,001 Canadians nationally representative by age, gender, and geography. Of course, Roku has a vested interest in having conducted this study in offering its own ad-supported TV streaming service, The Roku Channel.