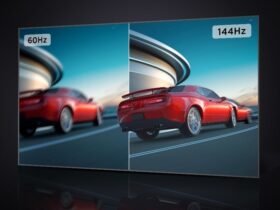 Customers interested in subscribing to an Apple Music Voice Plan can now do so once updating their devices to iOS 15.2. The plan offers access to Apple Music, exclusively controlled through Siri, for $5/mo.

It is fitting, then, that if you want to subscribe, you can do it through Siri. Simply say “Hey Siri, start my Apple Music Voice trial,” to get started. Alternatively, you can sign up through the Apple Music app.

Once subscribed, you can request that music is played across all of Siri-enabled devices in the home, including HomePod mini, AirPods, iPhone, or any other Apple device, as well as when using CarPlay.

Apple Music Voice Plan subscribers have access to the catalog of 90 million songs, thousands of playlists including new mood and activity ones that were optimized for voice, including ones like “dinner party playlist,” “something chill,” and “more like this.” There are also personalized mixes, and genre stations, as well as access to Apple Music Radio. Subscribers will also have access to Apple Music’s entire line of playlists, including Today’s Hits, Rap Life Live, R&B Now, Today’s Country, danceXL, and more.

Apple Music Voice Plans might be ideal for those who only listen occasionally, such as while working out, during the odd break while working from home, or for entertaining. It could also be a useful solution for listening to tunes in the car for a break from traditional FM radio.