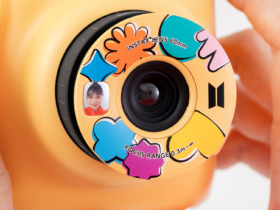 Beyerdynamic has introduced the second-generation version of its Blue BYRD Bluetooth earbuds, which include a microphone, the latest Qualcomm apitX Adaptive and AAC audio codecs, and Bluetooth 5.2.

Thanks to Multipoint, you can establish a Bluetooth connection with two devices at the same time. The microphone can reproduce the user’s own voice signal via the earphones using the sidetone function, thus allowing a natural conversation situation during phone calls. In addition, Qualcomm cVc technology (8th generation) reduces disturbing background noise.

In addition to using the headset at the office, it can also be used while traveling or exercising, thanks to IPX4 certification that protects it from rain and moisture. With the universal three-button remote control, calls and media playback can also be controlled easily.

The flat design of the Blue BYRD makes them comfortable to wear all day while the special design of the in-ear headphones ensures that they do not protrude from the ear and are hardly noticeable even when lying down for relaxation and between calls.

When not in use or on the go, the flexible neckband can easily be folded and stored in the included hard case. The battery lasts up to 14 hours and the headset recharges via USB-C, fully recharging in under two hours. A quick charge of 10 minutes provides two hours of playtime and even while charging, the headphones can still be used.

The Blue BYRD also offers Google Fast Pair and, as an Amazon-certified headset, access to Alexa is also possible in addition to Google Assistant and Siri. The Blue BYRD can also be connected to beyerdynamic’s MIY app. The “MOSAYC – Attention to Detail with Mimi Sound Personalization” elevates the sound of the Blue BYRD. After a two-minute listening test, the sound and settings of the headphones can be personalized with the app and adapted to the individual hearing. In addition, the headphones can be kept up to date with the latest technology using the app.

The elegant decorative plates are made of anodized and diamond-cut aluminum. The neckband, made of high-quality silicone, adapts to the skin when worn and features glass-bead blasted metal at both ends.

The earbuds ship with silicone earpieces in five sizes along with a hard case and USB cable, and sell for US$129.