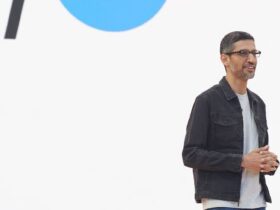 Google I/O 2022: The Biggest Announcements From the Event

Chip giants Intel, AMD, Nvidia and Qualcom are duking it out at the CES 2022 in Las Vegas. They used to just run apps and visuals on computers, tablets and smartphones. All are competing against each other in doing what they do best but are also stepping in each other’s domains and reaching out to new clients like autonomous driving and of course the all-encompassing looming metaverse. But it boils down to the almighty processing chip. It’s getting smaller, more efficient, faster and working on less power.

Let’s check what these companies are up to:

For Intel and consumers, disruptive is a good thing expanding its graphics offering to the level of competitors.

What’s AMD Up To?

With Intel’s recent performance leading 12th Gen Alder Lake processors last year (my review) all eyes were on AMD’s CES 2022 announcement.  No new graphics cards save the much more affordable mid-level Radeon RX 6500 XT $199 USD needed in a market of expensive and hard to get top performing graphics cards.  As well as the Radeon RX 6400, available in prebuilt systems in the first half of the year.

But laptop fans can get excited with the following:

Graphics chip-maker Nvidia announced (like just about everyone else) that its processors and software will target the building of the much touted “metaverse” an online world of 3D replicas of ourselves mixing it up in the clouds.

Although the mobile chip maker is continually advancing wireless chips and mobile processors it is eyeing beyond Android smartphones. It sees its future growth in providing connected, smart and power-efficient chips for devices on the network edge. That includes automobiles, Arm-based PCs, augmented reality headsets and virtual reality.

In the AR and VR space, Qualcom www.qualcomm.com/  already is already providing its Snapdragon chips to more than 50 devices. On Tuesday, it announced an expanded collaboration with Microsoft (MSFT) to develop lightweight AR glasses.