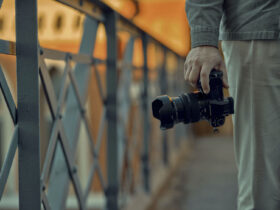 Hisense is one of many TV manufacturers with a presence at CES 2022, showcasing a variety of new innovations in the video space, from new mini LED offerings to the QLED series, new laser technologies, and soundbars to complement the experience.

“Our Canadian Voice of the Customer program also ensures a two-way relationship with consumers – our team is on the ground ensuring we are actively listening to what they want and doing our best to deliver,” says Puneet Jain, Senior Director, Marketing & E-Commerce. “We are proud to see consumers and experts take notice and look forward to building on that success, bringing consumers even better products in 2022.”

In 2022, Hisense’s ULED Series with Quantum Dot technology will come in larger screen size options in the 75- and 85-inch categories. Hisense will also introduce the Google TV platform and premium technology upgrades like Mini LED options and next-generation gaming features like FreeSync.

The U9H also offers the newly integrated NEXTGEN TV ATSC 3.0 tuner and an upgraded audio package with a unique design featuring embedded speakers in both the top and bottom of the TV for a surround sound experience. eARC, WISA, and a 2.1.2 audio channel configuration take this further to create an immersive audio experience with spatial audio in Dolby Atmos.​​

It is scheduled to be available some time in late summer 2022.

In 2021, the U8 Series was one of Hisense’s most popular TVs, and this year’s version, available late summer 2022, features a Mini LED upgrade paired with Hisense’s ULED technology and Quantum Dot. It also comes in a new 75-inch option. It comes equipped with 120Hz refresh rate, peak brightness up to 1,500 nits, and picture upgrades like IMAX enhanced, Filmmaker Mode, Dolby Vision IQ, Dolby IQ, and HDR10+. There are audio enhancements like Dolby Atmos for immersive sound, alongside eARC and WiSA support. Next-gen gaming features like ultra-high-speed HDMI, auto-low-latency mode, variable refresh rate, Freesync, and the Game Mode Pro setting will make the U88H Series particularly appealing to gamers.

As the value TV in the line, the U68H, which will also be available in the summer, has been upgraded to include more screen sizes, picture upgrades like QLED, Dolby Vision IQ, HDR 10/10+/adaptive, Filmmaker Mode, 60Hz native refresh rate, ultra-high-speed HDMI, Game Mode Plus, variable refresh rate functionality, and the new addition of far-field voice control and integrated Google Assistant.

Hisense is upgrading its entire QLED TV line to include the Google TV operating system, which will afford access to more than 400,00 movies and TV shows, live TV, and apps like YouTube, Netflix, Crave, Prime Video, Disney+, and more. Each person in the household can have their own unique profile, including kids, with access to their apps, subscriptions, and viewing history, along with personalized recommendations. Additionally, you can cast from a smartphone to the TV and use hands-free voice built into all Hisense QLED Google TVs to search and access content, get answers to questions, and control the TV and other connected smart home devices.

Alongside the QLED TV line, Hisense is introducing the A68H series, which comes in sizes from 43 up to 75 inches and focuses on budget and affordability. Boasting the Google TV upgrade as well, they feature Dolby Vision HDR+/HDR10; eARC via the TVs’ ultra-high-speed HDMI ports; auto low latency mode; and Dolby Atmos.

In addition to Hisense’s Google TV line-up, the company also offers a line of Roku TVs in a range of sizes and features. The U6GR marries popular QLED technology with the Roku OS, also featuring the Dolby Vision + Dolby Atmos package. The 4K R63 series packs popular features like Dolby Vision/HDR10, DTS Virtual:X, and high-speed HDMI ports in addition to the popular Streaming Channels store. The 2K H4 series combines access to over 150,000 TV shows and movies with a budget-friendly package. Roku TVs give you access to private listening through the Roku mobile app and are compatible with Apple Airplay and HomeKit.

Hisense’s proprietary VIDAA operating system returns in 2022 with the A7GV series, with plans for availability by spring. Further improvements to the UI include universal search functionality, Bluetooth implementation, improvements to speed and customization of your home screen and better compatibility with Google Assistant and Amazon Alexa voice companions. Compatible apps include Netflix, YouTube, Prime Video, Disney +, Facebook Watch, DAZN, and more, will roll out to supported televisions later this year. The A7GV brings Wide Color Gamut to the feature set as well for a more realistic and colourful easy-to-use experience.

Alongside its QLED lineup, Hisense is introducing the PX1-PRO Trichroma Laser Cinema (Spring), the newest 4K ultra short throw projector with Hisense’s Trichroma laser engine. Hisense developed a new digital lens focus system for the PX1-PRO to enable a sharp picture from 90 to 130-inches diagonal. Customers can also choose their preferred screen for more freedom in customizing their home theatres.

Additionally, the L5G, which is available now, offers ultra-high-speed HDMI and eARC capabilities. The new HDMI upgrades give gamers smooth, lag-free gaming with auto low latency mode and automatically adjusting settings. Get it in 100 and 120-inch sizes in a lightweight, easy-to-install ambient light rejecting screen.

In addition to its TV lineup, Hisense is expanding its soundbar offerings to enhance the TV watching experience, offering both A and U-Series products. Both 2022 Hisense soundbars feature Dolby Atmos and EzPlay, enabling users to control the soundbar volume with their Hisense TV remote. The new soundbars include the AX2017G (280W) with built-in sub delivers premium audio features like 280W of total power, HDMI eARC, Dolby Atmos; and the U3120G (power output to be determined) featuring 3.1.2 audio channels and Dolby Atmos sound. It also features nine speakers including two dedicated up-firing speakers, and HDMI eARC. The AX2107G will be available in the spring and the U3120G in the summer.