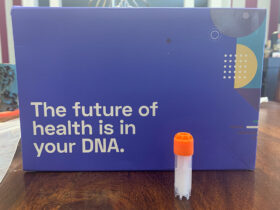 GM CEO Mary Barra, in her second virtual CES keynote address in as many years, unveiled the electric Silverado EV pickup, the main competitor to the recently announced Ford F-150 Lightening pickup.  The new electric Silverado along with the GMC Hummer EV and Cadillac Lyriq EV that Barra unveiled at CES 2021, will all be built at the $2.2 billion GM “Factory Zero” assembly plant in suburban Detroit.

Barra stated the Silverado EV pickup will beat Ford’s F-150 EV in many performance metrics such as towing capacity, passenger space and the all-important e-range, with Barra stating the Silverado will reach 400 miles on a full charge.  There will be two models powered by either two or four motors.

The all-electric Silverado will go on sale in late 2023 with a base price of $39,900 (usd) and feature an 8,000-pound towing capacity, 510 horsepower and 615 pound-feet of torque. The Silverado will also feature fast charging allowing drivers to add 100 miles of range with a 10-minute charge.  GM will also release a $105,000 (usd) RST version of the Silverado that expands towing capacity to 10,000 pounds, feature four-wheel steering and be capable of reaching 60 mph in less than five seconds.

While most auto journalists have observed that the Ford F150 Lightening looks like a standard gas-powered F-150, the new e-Silverado has been built from the “ground up” “Our electric vehicle architecture let us rethink the whole usage of space,” said lead designer Chip Thole. “We’ve got a very short front overhang and better rear legroom than any crew cab pickup.”

In addition to established truck automakers like Ford and GM, upstart Rivian which has a back-order list of 73,000 vehicles and is backed by Amazon who have committed to an all-electric delivery fleet will make the elecvtric pick up market one of the hottest and most anticipated segments of the auto industry.

You can watch Mary Barra’s CES keynote here.  Photos in this story are screen grabs from Ms. Barra’s presentation.