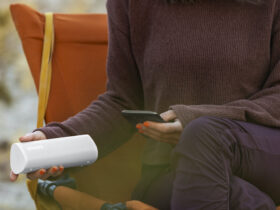 Sonos Roam SL Comes Cheaper, and Without a Mic

As we gear up for the virtual version of the Collision Conference later this month, known as Collision From Home, here’s a look back at one of the most compelling and informative panels from the event last year.

During Collision Conference 2019 in Toronto, one of the underlying themes was that, in a changing economy, while jobs will be lost, new ones will be created. Which means education and skill-building is of tantamount importance.

“The skills you need the most is the skill to learn new skills as categories or jobs disappear and other ones emerge,” said Daphne Koller, CEO and founder of machine learning company Insitro during the panel discussion entitled Who is afraid of automation? “We’re going to see a lot of people losing their jobs in categories people wouldn’t have envisioned job losses. People are used to thinking about jobs at the lowest tier of the economy as the ones that are most likely to be disrupted. But what we’re seeing right now are jobs that are typically called on for people with college educations, many of which will go away in the coming years. We need to prepare the workforce for the coming world that requires a new set of skills.”

Navdeep Bains, Minister of Innovation, Science and Economic Development for the Government of Canada, says this is why the focus on the latest budgets are on investing in skills and lifelong learning education, such as an investment in coding. “It’s not simply about coding and algorithms,” he adds, “[but] about skills, digital literacy, and having young people at a very young age be able to connect with technology in a positive way.”

Plenty of “woe is me” statements suggest that in five years time, we’ll have computers with a human level of intelligence that will take all of our jobs. But this simply isn’t true, says Koller. Experts in the field will refute this, advising that there’s still a lot of problems that need to be solved before we get to that point. “It’s the responsibility of those who actually understand the technology to take control of the dialogue and say ‘this is what the reality is and we need to learn how to deal with it,'” says Koller.

Putting our heads in the sand and hoping innovation will go away, or suggesting innovation come to a halt in order to save jobs, however, isn’t the right answer. “The only thing you get by doing that,” says Koller, “is other players who are making not-as-responsible moves to move further ahead as you fall further behind.”

But there will need to be a shift in the types of jobs that exist in the future, which means educating those currently in the workforce on new sets of skills and grooming those preparing to enter the workforce on the skills that will be most valuable going forward. Life, of course, gets in the way. “It’s really difficult,” says Koller, “to get people who have a full life with kids and a mortgage and a job and so on to stick to a learning plan, even if they know in their minds that it’s going to get them to where they need to go.”

Koller cites her company’s partnership with the Government of Singapore as an example of one nation that is getting it right. There, people have incentives that encourage them to complete a course of training, and get them to a level where they have enough of a base to make use of new skills in real jobs. Minister Bains says the Government of Canada offers employment insurance that allows people to take time off work to further their studies, along with financial support up to $1,000. Koller also suggests that employers partner with their employees to re-train them with the kind of education that wasn’t available to them before.

“We are in a global innovation race,” says Minister Bains. “Progress is not something we have a choice about. Status quo is not an option.

“It’s really about putting people first,” he continues. “[We need economic policies that focus on skills and innovation. We need to think about how it will impact people and develop strategies and ideas.”

“We need to move as fast as possible forward in terms of technology,” adds Koller, “while at the same time being really responsible in how that is being used, and educating the public to understand that those dire, hyperbolic predictions that the world is coming to an end, and we’re going to download our brains into machines in five years – none of these are real.”

So robots and AI will not take all our jobs. But they will take some of them. And to ensure that those in the workforce today, and the next-generation of workers, enjoys stable employment, there needs to be a shift in focus on different skills sets. The 40-year-old man who has made a career driving a truck for the last two decades may have to look at up-skilling. And it’s essential that governments, employers, and even educational institutions, invest in helping employees learn these new skills. “We’re used to teaching people lots of facts,” says Koller. “In a world where you can just Google something and the fact is right there at your fingertips, it’s less about the facts and the basic skills, and more about ‘how do you learn new stuff?'”

In terms of our future job market, “learning new stuff” will be the name of the game. Continuing education will be an ongoing part of any career going forward, more so than ever, if we’re going to keep up with the rise of the machines.