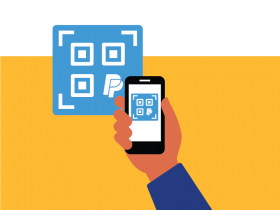 Bell Media announced today that Crave is now available on all Roku streaming devices in Canada.

Roku users now have access to programming from HBO, Showtime, and Starz, along with Hollywood-hit movies and French-language TV and films from Super Ecran, directly from their Roku streaming player or Roku TV. Crave is also accessible via Crave.ca, iOS and Android mobile devices, and platforms like Apple TV, Chromecast, Xbox One, Amazon Fire TV, Android TV, and select Samsung Smart TVs.

“Our team has been working diligently with Roku to deliver Crave to Roku users, and we’re absolutely thrilled to share this news with Canadians today,” says Tracey Pearce, President, Distribution and Pay, Bell Media. “Roku streaming players and Roku TV models deliver a premium user experience that is simple to use, and truly elevates the Crave experience for subscribers.”

”Welcoming Crave to the Roku platform is fantastic news for our Canadian customers,” adds Arthur van Rest, Vice President of International at Roku. “Crave helps us increase the volume of Canadian programming on our platform in both English and French and provides our customers with access to popular services like HBO, Showtime and Starz.”

Popular shows Roku users can now seamlessly access, with a Crave subscription, include Westworld, The Outsider, Succession, and Curb Your Enthusiasm, along with films like Fast and Furious Presents: Hobbs & Shaw and Once Upon A Time…In Hollywood. There are also classic films like Karate Kid and kid’s content like The Angry Birds Movie 2.