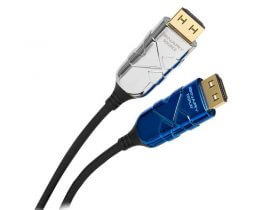 Due to the COVID-19 lock downs,tre 2020 became the year where I spent a crazy amount of time in various A/V forums and discussion groups. During that time, there were many common questions that popped up time and again.  You will be able to figure out the question easily.  Here are my answers:

1. All auto-calibration on any receiver or pre-pro regardless of  price, gets the Atmos speaker levels wrong by about 2-3 dB

2. Calibration does not make audio or video “better” (in subjective term), it makes them correct. You may or may not like the end result, but it’s the correct one.

5. Bias light is recommended. Multicoloured LED, especially blinking ones, are not.

7. My go to Atmos streaming demo is the Netflix “6 Underground” opening scene. Of course there are many more Atmos streaming movies with near demo quality such as, “Old Guard” and “Extraction” (both from Netflix), but none is as impressive as the aforementioned title.

8. My go-to object audio demo disc is the “Resident Evil Collection” on UHD BD. It’s a barrage for Atmos mix from the opening scene of the first disc, and continues to the end of the 6th disc. They are so good and constantly firing sound from the ceiling speakers they’re borderline fatiguing (but not quite, of course).

9. Calibrate before upgrade. A professionally calibrated system will give the best return of investment over any kind of equipment upgrade. It doesn’t matter how great your system is; if you don’t calibrate it properly, you are not getting what you paid for on any given audio and/or video system.

10. Nowadays there is no such thing as DTS being better than Dolby or vice versa. They are both lossless codecs. Any difference in perceived sound quality is caused by how the soundtrack is mastered. It has nothing to do with the codec.