BluOS is now a mature streaming and multiroom platform, with Bluesound as is its lead brand. Its ecosystem includes compatible products like wireless speakers, soundbar/subwoofer combos, and streaming amplifiers made by manufacturers like Rotel, NAD, Dali, and a slew of other boutique brands. As a platform, BluOS has a reputation (and rightfully so) for sound quality above all rivals.

My favourite product from the Bluesound range from Pickering, ON-based Lenbrook has always been the Vault because it offers something its main rivals don’t — direct ripping to hard-drive storage for your music. There are great advantages in hard-drive playback, notably removing the vagaries of network playback, and potentially having the full data path under a single clock.

As is evident by the lack of rivals (seriously, there is literally no rival for the Vault 2i), it is not easy or cheap to achieve this with the traditional reliability of consumer audio. Getting this right is something that both explains the Vault’s pricing of MSRP $1,599 and delivers its value. Music-specific drive-based players can run in the thousands of dollars, and Bluesound’s Vault is one of the most affordable ones.

The CD drive is horizontally mounted at the midpoint separation of this nicely curved rectangular box, with control buttons and a grille on top through which the innards are just visibly twinkling below. The CD drive is one way to load music, but with the Vault connected to your network, you can also copy files directly to its hard drive. This is what I chose to do because I want to use the Vault as a standalone unit and not networked to the BluOS ecosystem as most people would. After a reindexing of its contents, songs are ready to play.

The Vault is not only a CD-ripping hard-drive music player, though. Using the BluOS app, one can also use the Vault as a streaming preamplifier, with two USB slots and a combo analog/optical mini-jack input. There is both Bluetooth for streaming from your phone or computer and Bluetooth out so the unit can stream music to wireless headphones.

Using Wi-Fi and Ethernet networking options (I use the wired option) the unit can also access a long list of music services, both paid (including Spotify, Deezer, and Tidal) and free (TuneIn, iHeartRadio). You will be able to enjoy MQA playback (effectively high-res audio streaming), if you have a subscription to services that offer MQA files.

The only way to control the unit is by using the app and I’m glad that it’s excellent. It is most spaciously browsed on a tablet, of course, but it’s most convenient on a phone, and remains easy to use on the smaller screen.

While setting up the system, I received firmware update prompts, which are sensibly applied with a clear warning that it might take 30 minutes. Perhaps due to my 1 Gbps connection, the firmware update process only took less than five minutes, though!

Browsing has all the usual options, by artist (no pictures), albums (artwork shown), songs, genres, playlists, composers and, often useful for external drives and network shares, by folder. During my initial encounter with the Bluesound app several years ago, I found it frustrating that album titles were delayed until all the artwork had loaded. But I’m pleased that with this iteration, the navigation was quick from both my iPad Pro and iPhone 8 Plus.

I absolutely love Bluesound’s ability to filter album and song lists by quality so it shows only music of minimum CD quality, or high-res, or MQA. Plus, I can also simultaneously filter albums to appear in artist order, and in release order, which is my way of cataloguing my physical media music albums and singles anyway.

The first thing to note when listening is that never once did I hear the hard drive in operation. The music is all that I hear when playing from the Vault. My Rogers PVR hard drive is the only thing I can hear faintly in my listening room, and the PVR is actually located in the next room together with the rest of my home theatre equipment.

This decided, the Vault’s performance is more about the access and reliability delivered by the hard drive storage and the endless BluOS streaming options. Browsing my music, selecting songs, and choosing ‘Add Next’ or ‘Add Last’ are all done with ease from my iDevices. Click ‘information’ to get online information, press ‘technical info’ to get the detailed file statistics.

It’s one thing to use the Bluesound Vault 2i within the BluOS ecosystem and call it amazing but using it as a standalone music player (so to speak) is a different task altogether. Yet I still find it amazing that it stands on its own. The price could have been lower and the title and album cover editing should be available from an iPad/iPhone. But this isn’t a big deal if nearly all of your album collection are from North America and/or not special editions with limited releases. As it stands, I would definitely recommend this unit for any music lover.

Posted by by John Thomson 6 days Ago 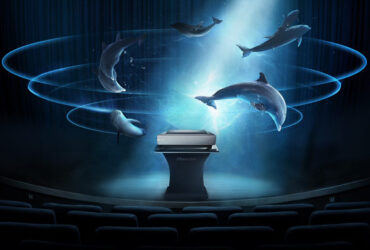