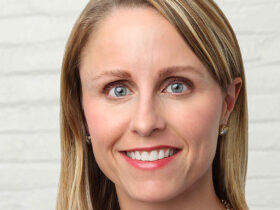 This post is an update to a story that we wrote three months ago introducing our readers to the smart mailbox start-up company called Dronedek. Read the original story here.

Dronedek has launched a crowdfunding round on the Kevin O’Leary-advised platform, StartEngine.com. The Indiana company invented the “mailbox of the future,” which will provide secure receipt of autonomously and traditionally delivered packages.

In just 24 hours, Dronedek raised more than $110,000 from investors eager to help the company produce units to be distributed through the U.S. starting in the first quarter of 2023. It was the second-highest trending opportunity on the StartEngine site.

Founded by Dan O’Toole, Dronedek has already raised more than $7 million through crowdfunding and other investments and plans to create a new market category called MaaS, or mailbox as a service.

“We’re big fans of Kevin O’Leary and as we work toward rolling out thousands of Dronedek units next year, we thought it was the right platform for us to continue to raise money,” O’Toole said. ‘We’ve just been inundated with major delivery outlets and others wanting to learn about the company and work with us, so we’re kind of pumped, to tell you the truth.”

The company is offering participants a 20 percent Early Bird share price discount for the first 10 days of the raise on StartEngine. Learn more on the company’s campaign page at startengine.com/Dronedek.

One example of outside interest in Dronedek comes from the May 2022 Association for Unmanned Vehicle Systems’ International Xponential conference, billed as the only gathering for leaders and end users in every industry to share use cases, experience new technology, strike up new partnerships, and solve real problems. O’Toole said his team was busy from start to finish at the show, which bolstered his already strong belief that drone delivery is coming faster than most consumers expect.

Fortune Business Insights estimates the overall drone package delivery space to be worth $51 billion by 2028.

“We were ahead of the pack in securing patents for our smart mailbox, and we intend to be first in line for offering the solution to how folks are going to receive autonomous delivery,” O’Toole said. “People are used to traditional mailbox and porch delivery, which is ripe for theft and doesn’t offer anything to protect their packages. With Dronedek, they can safely and securely receive anything from ordinary mail to prescription medicine, and it will wait for them to get home. It’s a solution everyone needs.”

Dronedek, powered by Oracle, also works with A2Z Drone Delivery and Hush Aerospace, security providers such as Sera4 and Scylla and network connectivity provider Helium. In August, Dronedek demonstrated its mailbox of the future to the United States Post Office in Lawrence and also worked with Door Dash and Uber Eats to deliver food to mailboxes there.

Dronedek is one of the first companies in the world to focus on package security for traditional and autonomous delivery methods. Designed to accept drone delivery, the Dronedek mailbox also accepts traditional mail delivery, and is destined to become an everyday utility service like power or water. The device will keep packages hot or cold; will alert users to package arrival; recharge drones; and can even serve as an emergency alert if need be.