The Irony of Social Distancing in the Tech World

One of the most basic principles of business is that of supply and demand. When there is great demand for a product or service, you must provide a greater supply to meet that demand. When there’s less of a demand, you don’t need as much supply.

Part of that also means that sometimes, the price of a product or service that is in high demand can and will be jacked up to match with customer desire. If a new pair of Nikes is hard to get and people really want them, they might sell for three, four, maybe even five times the typical retail value. This is not exactly admirable – what you’re really doing is price-gouging and taking advantage of people. But frankly, if some 20-year-old is willing to pay five times market value for a pair of shoes so he can have them before anyone else, well, that’s what they are worth to him.

When we move to concert tickets and sporting events, the situation gets stickier. People buy loads of tickets then try to re-sell or “scalp” them for a significant mark-up. It’s totally unfair, and ticketers have been trying to crack down by limiting the number of tickets you can buy online or implementing things like captcha phrases. The idea with these measures is to prevent robots from being able to beat humans to the punch and buy tickets to highly sought after concerts before humans have the chance to.

But the latest situation with this coronavirus pandemic is when we really get to see the worst of humanity. Two stories in particular stick out. One is of a B.C. couple who casually bought out pallets of anti-bacterial wipes from Costco, loaded them up on their truck, then proceeded to sell them at a significant mark-up on Amazon. That is, until Amazon shut them down. Another pair of young men tried to do the same with hand sanitizer, buying more than 17,000 bottles and re-selling them online at a huge mark-up until they, too, were shut down.

You have to admire their industriousness. They saw a growing demand, bought out every local store of their stock, and capitalized on the demand. The two young men even traveling 1,300 miles to fill their truck, clearing out every store, from big chains to local mom and pop shops.

Except here’s the thing: people were looking for these items for their own personal safety and security in the wake of a potentially deadly virus that has been circulating worldwide. They weren’t in search of a cool pair of shoes or the latest tickets to see Lady Gaga. They wanted basic necessities that they felt could help protect them, or at least give them peace-of-mind during trying times.

These greedy individuals felt they were entitled in such a situation to turn this into a profit-making opportunity. Buy some wipes for $15 and sell for them $50 or $60, or even more. And shoppers, in such a desperate state, were buying them anyway. They didn’t care. The young man from Tennessee even said he felt he was helping by traveling to small shops in tiny towns and buying up products he could then sell to people who needed it in larger towns. It’s the kind of warped logic that probably helps him sleep at night. Since his actions went viral, he has since changed his tune and is looking at ways to donate the products he can no longer sell.

Alongside these entrepreneurial-minded individuals are those people who are hoarding items like toilet paper, canned goods, Kleenex, and pasta. In most cases, this is ridiculous and unnecessary. But there are some instances when it makes sense, like an elderly couple who would feel more comfortable staying in for the next few months instead of weeks and need enough food and toiletries to last for that duration of time. Or a family of six who will be home for the next three weeks and don’t want to make multiple trips to the grocery store,. (But even then, one package of 24 double rolls of toilet paper really should be enough!)

If people want to overreact and act like the apocalypse is coming, they are making it difficult for everyone to get the necessities they need. (Really though, there’s no shortage of food or TP in Canada, people, so relax!) But we can’t fault them for anything more than overreacting. In most cases, they aren’t actually trying to take advantage of others.

But perfectly healthy people seeing a global pandemic as an opportunity to cash in are the lowest of the low. I might roll my eyes at the guy who buys out every pair of new Kanye West limited edition sneakers then resells them on Amazon. But the guy who buys out every package of Lysol wipes and resells them at a huge mark-up to the 80-year-old woman who’s fearing for her life? It’s despicable and shameful.

In a time of panic, we should be looking out for one another not looking to profit. It’s especially insulting when you consider how so many legitimate businesses are suffering due to the pandemic, from restaurants to service providers and shops. Meanwhile, these folks are raking in thousands, completely oblivious to how terribly immoral their actions are.

Kudos to online e-tailers like Amazon and eBay for not only banning their sales but shutting down the offenders’ accounts as well. Here’s hoping retailers like Walmart and Costco refuse returns from people like these folks as well, leaving them with thousands of dollars of merchandise they can’t re-sell and hopefully a strong lesson learned in morality and its place in business. 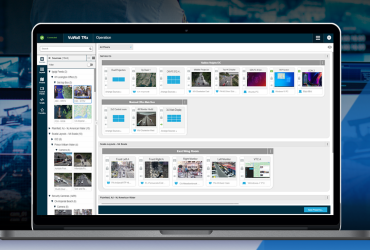 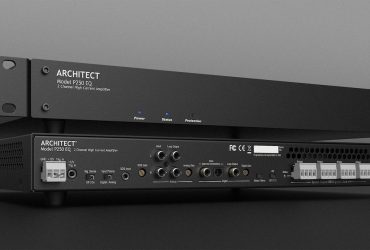 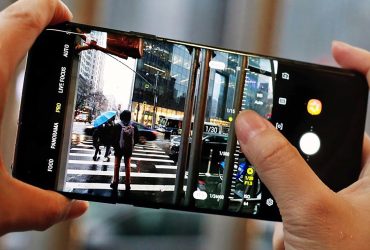 CES 2023: LG Back in the Game With Cutting-Edge Camera Phone

After stepping out of the smartphone arena in mid 2021 ...

Posted by by Steve Makris 1 week Ago
Load More