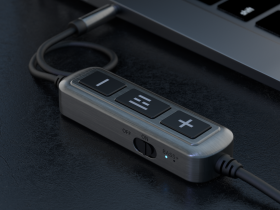 Lookups for the word “Gaslighting” on merriam-webster.com increased 1,740% in 2022 over the year before. But something else happened. There wasn’t a single event that drove significant spikes in the curiosity, as it usually goes with the chosen word of the year such as last year’s word which was vaccine.

Merriam-Webster’s top definition for gaslighting is “the psychological manipulation of a person, usually over an extended period of time that causes the victim to question the validity of their own thoughts, perception of reality, or memories and typically leads to confusion, loss of confidence and self-esteem, uncertainty of one’s emotional or mental stability, and a dependency on the perpetrator.”

“It’s a word that has risen so quickly in the English language, and especially in the last four years, that it actually came as a surprise to me and to many of us,” said Peter Sokolowski, Merriam-Webster’s editor at large, in an exclusive interview with The Associated Press. “It was a word looked up frequently every single day of the year,” he said.

Gaslighting is a tool frequently used by abusers in relationships. It can happen between romantic partners, within a broader family unit and among friends. It can be a corporate tactic, or a way to mislead the public. There’s also “medical gaslighting,” when a health care professional dismisses a patient’s symptoms or illness as “all in your head.”

Merriam-Webster, which logs 100 million pageviews a month chooses its word of the year based solely on data. Sokolowski and his team weed out evergreen words most commonly looked up to gauge which word received a significant bump over the year before.

The dictionary does not analyze why people look up words, which can be anything from quick spelling and definition checks to some sort of attempt at inspiration or motivation. Some of the droves who looked up “gaslighting” this year might have wanted to know, simply, if it’s one or two words, or whether it’s hyphenated.

“Gaslighting,” Sokolowski said, “spent all of 2022 in the Top-50 words looked up on merriam-webster.com to earn word of the year status.

Rounding out this year’s Top 10 are:

Omicron – the persistent COVID-19 variant and the 15th letter of the Greek alphabet.

Codify – as in turning abortion rights into federal law.

Sentient – brought on by Google firing the engineer who claimed an unreleased AI system had become sentient.

Loamy – showing the popularity of the word game Wordle and the word users tried back in August, though the right word that day was “clown.”