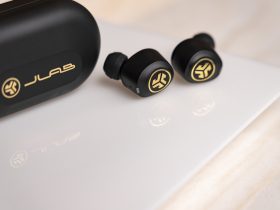 Like many audio companies, the legacy to sound often starts on a path that has nothing to do with audio. Peterborough, Ontario based Bryston for example, started as a manufacturer of medical components before turning to the amps they are known for today.  Similarly, French speaker manufacturer Elipson, started as a company called Multimoteur in 1938, as a manufacturer of electric motors for toys as well as miniature electrical equipment used in the production of transformers. By the late 1940s, the company was experimenting in sound reproduction using spheres with an elliptical reflector. By the early 1950s, under the leadership of sound engineer Joseph Leon, the company changed its name to Elipson, a mash-up of “ellipse” and “son” where the company had regional success producing loudspeakers that provided the sound for among other things, the French pavilion at the Brussels World Fair in 1958.

In 2008, the company was taken over by a young entrepreneur named Philippe Carre who along with his business partner Eric James, wanted to generate global awareness of the Elipson brand to equal the popularity the brand had experienced in their native France, not only within the audio world but in the design and decoration industries too. The company had a reputation for creating audio speakers that were equal parts art and sound and since 1962 had been incorporating sphere designs first with the La Religieuse model, followed by the 502 in 1966, and the 4050 in 1968, the year Elipson, also provided the sound system for the Grenoble Olympic Games. In 2010, the company launched the first Planet L, a space-age sphere on telescopic stands, followed a year later by the smaller sized Planet M and both remain timeless staples of the current Elipson product offering.

Earlier this month, Canadian distributor Gemsen, who represent Elipson for Canada, sent me the latest rendition of the Planet L in a glorious, lacquered red.

Observation One: While unboxing the Planet L, I was absorbed and almost saddened how the audio/video industry takes incredible effort to hide or disguise our audio components. For example, we turn television into picture frames, we hide speakers in ceilings, and we buy cabinets to contain our amplifiers and attachments.  We may be the only industry that has created a sub-industry to hide the very products that we celebrate.  The Elipson Planet L throws all that hiding aside by creating a glorious product that demands to be seen.

Observation Two:  The Planet L provides just as much joy as an object of art as they do as a speaker.  The speakers are almost completely round and would roll like a medicine ball if you were to drop one.  The speakers sit on a brushed-metal circular ring that also allows you to adjust the position of the drivers in any direction you wish.  Perhaps I am being influenced by the high-gloss red, but the speakers have an uncanny parallel to a high-end sports car with the Ferrari red colour and the Bugatti tight-weave chrome grills with a circumference that matches the circular rings where the speaker sits.  While many speakers turn tweeters, cones and dust caps into an esthetic focal point and can often look better with the grills off, the Elipson Planet L looks incomplete with the magnetic grills removed and the beautiful aesthetic demands that the grills stay on. If there was a slight improvement to be made, perhaps Elipson could be more subtle with the model and brand logo which is stamped on both the grills and the circular ring.  I turned the rings backwards to eliminate the double branding and think it looks better that way.

Elipson has been evolving their spherical design for half a century, so to think the Planet L is more design-of-the-moment than performance would be a miscalculation.  Elipson uses a 25mm soft-dome tweeter mounted on a 6.5 cm mid/bass driver with a rear port, that delivers strong clarity and responsiveness.  My first listening had the Planet L attached to a small 25-watt per channel amplifier that underwhelmed the speaker performance both with volume and bass range.  That was solved by swapping out to a higher-channel amplifier that brought the speakers to life. Perhaps it is a parallel to the sophistication of the French, for I found the most rewarding listening experience with the Planet L was derived from jazz and classical recordings rather than big-bass heavy club or rock music.  The Planet L have high and mid-range clarity with a subtle, softer bass responsiveness ideal for Billie Holiday and John Coltrane.

The Planet L will find a strong following with design conscious consumers that seek a beautiful looking speaker to complement their contemporary lifestyle. If you think of speakers in terms of electric vehicles, the best purchase decision will always be a Tesla. The Tesla has cutting edge technology, decent styling, and best-in-class range.  But there is always going to be that consumer who seeks out something a little more unique and goes for the Porsche Taycan, even when it is twice the price and half the range of a Tesla.  The Planet L is like the Taycan; unique in design, independent from conceived notions of what a speaker should look like and it elicits a strong emotion both with performance and as something to look at. Pair the Planet L with a vintage Conrad or McIntosh amp and keep everything out in the open and on display to celebrate a perfect balance of style and functionality.

The Elipson Planet L are available in high-gloss red, black and white as well as a matter tan and blue. They sell for MSRP $1500/pr.