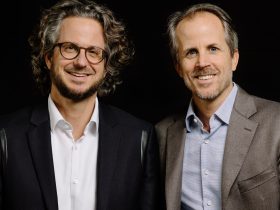 Hayu will now afford viewers in 27 territories, including Canada, access to over 300 shows and 8,000 episodes that they can stream directly via their Samsung Smart TVs via the hayu app through Samsung’s built-in application portal. Shows are also available to download and watch on the go. Popular content includes Keeping up with the Kardashians, which will air its series finale this Friday, March 19. Also available to stream include The Real Housewives, Watch What Happens Live with Andy Cohen, and more.

In total, Hayu offers more than 8,000 episodes of reality Tv content, including unscripted sub-genres in English language, including home and design, dating, cooking, crime, and fashion. Most shows are available on hayu the same day they are broadcast in the U.S.

According to Hayu, there’s a “huge appetite” for reality content in Canada with 42% of Canadians reporting that they enjoy watching reality TV. “We believe the demand has only increased with time,” says Hayu. “This partnership marks a key milestone for hayu and its national growth strategy, by extending their distribution and making the service accessible to even more Canadians.

Canadians can subscribe to hayu for $5.99/mo., with a free trial to get started. It is accessible on Samsung TVs with models from 2016-2020.