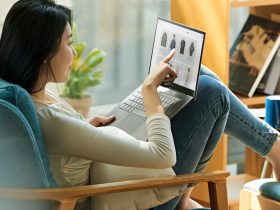 MNP Ltd. has been appointed receiver of all assets, undertakings, and properties of AVAD Canada Ltd. The announcement was made earlier today following the granting of an Order by the Ontario Superior Court of Justice.

According to the agreement, AVAD Canada Ltd. has “committed certain defaults under the Secured Credit Facility,” named as MidCap Funding IV Trust, and is “in the process of winding down its operations and the board and officers of the Debtor either have, or shortly will have, resigned.” MidCap has appointed MNP Ltd. to “administer the wind down and liquidation of the Debtor.”

AVAD Canada was a wholesale distributor of consumer technology and custom integration products and accessories, mainly serving the independent custom integration channel throughout the country. Among its brands were LG and Samsung TVs and Pro Control controllers, and had its own house brands as well. On March 16, 2021, it was announced that “all of the business and assets of the United States affiliates of the Debtor” were to be sold, but the transaction did not include the business and assets of the Canadian division.

“The Debtor’s business,” reads the factum of application, “was highly dependent upon its U.S. affiliates for management, operational, administrative, and financial support. As a result of the U.S. Sale Transaction, that support will no longer be available.” After determining that AVAD Canada could no longer be “commercially viable,” it has been confirmed that the business will be winding down.

A notice appears on the door of the warehouse location in Calgary (the head office is in Mississauga, ON, just west of Toronto) further confirms the news. The AVAD Canada website now also includes a notice that reads:

“On March 17, 2021, the Ontario Superior Court of Justice granted an Order appointing MNP Ltd. as Receiver of all of the assets, undertakings and properties of AVAD Canada Ltd. AVAD’s operations have now ceased.”

Over in the U.S., the WAVE Electronics website features a notice welcoming AVAD web customers as part of its consolidation. “AVAD web customers,” it reads,” are now able to browse products and place orders on the WAVE Electronics website. The AVAD website and mobile app will no longer accept orders.” Located in Houston, WAVE Electronics was founded in 2002 and calls itself the “largest independent CI distributor in the nation.” The company serves both local and national dealers in residential and commercial AV as well as security, offering more than 8,000 stock items from 126 manufacturers.

It’s unclear what the situation will be with the brands AVAD offered in Canada, though many were also sold through smaller independent distributors and sales reps, so the closure could see a more marked shift back to that strategy.