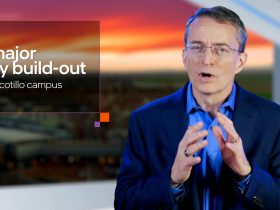 Huawei’s new P40 flagship smartphone launched this morning, online without its globetrotting fans due to the Corona Virus alert. Loaded, with eye-popping AI tricks, larger camera sensors and far-reaching sharper zoom photography, the P40 series was constantly compared with top contenders Samsung S20 Ultra and iPhone 11 leaving them behind in a cloud of pixels.

Co-engineered with German photo giant Leica each model combines its cameras into a seamless end user experience in ways most consumers have not experienced.

Let’s dive in with the P40 Pro. It features a Leica quad camera setup that looks as impressive as it shoots starting with an industry leading gigantic 1/1.28” sensor 50MP f1.9 Ultra Vision Camera with an uncommonly large 2.4 µm pixel size twice the size of most phones. This means more light information for more rich colours, levels of tones and digital noise in dark scenes. It functions as the most used wide-angle viewing range camera. Like previous models, Huawei is sticking with its RYYB sensor colour array for up to 30% more light gathering.

The second 40MP f1.8 Cine Camera looks after the Ultra Wide Angle camera while the third 12MP f3.4 SuperSensing telephoto zoom Camera with Optical Image Stabilization followed by the fourth Depth Sensing Camera responsible for impressive Bokeh portrait effects and such neat tricks like measuring distances around you.  A colour temperature sensor in the Pro+ completes the rear arrangement

What shooting features are offered

Up to 7680 frames per second of slow motion, easily a world leader,

Huawei XD Fusion Engine which takes a page out of Photoshop’s layers enhancing different parts of photos. This leads to more consistent exposure and colour across a complicated scene.

Octa PD Auto-Focus goes down to individual pixel group sampling optimizing sharpest focus beyond what the eye can see.

Pushing limits in your mobile photography

Shoot professional looking videos, even in moody low light, with accurate Bokeh in motion (that impresses) and smooth video and directional audio zoom in the Pro and Pro+.

Time-lapse photography stitching individual frames together in any light range with the right manual controls.

The P40 series run on an open license Android 10 OS overlaid with Huawei’s EMUI 10.1 OS. It should be noted that like the previous Mate 30 Pro, arriving in Canada late May, there are no Google Play Services on the P40 series due to a US Government ban on US companies like Google, doing business with Huawei.  Instead they use Huawei’s AppGallery currently running in 170 counties with 400 million users with a considerable smaller choice of apps.

3D iPhone-like infrared Face Unlock that works on sunny days and the darkest of rooms. Choose from stylish animations around the fingerprint when you unlock your phone. The sensor uses suspension sensing technology that senses your floating finger over it to unlock the phone. Nice!

Electromagnetic Sound acoustic display speaker embedded in the screen for high quality voice calls only your ears can hear. It also becomes part of the stereo music playback.

Huawei MeeTime provides a higher quality video experience connecting faster, directly with friends in low light, more clarity and brightness. You can share screen information during the session too.

Smarted muiti-tasking Multi-Window with floating side menu, adding shortcuts, split screen and a one-tap to see the third window, including floating notification boxes

The phone feels comfortable in your hand with quad-curved rounded edges and is easy to look at with 90Hz refresh rate. The quad curve edge display gives the impression water spilling over. The scratch resistant ceramic  finish feels so good to the touch. The P40 has a 2340×1080 6.1” diagonal display while  the Pro and Pro+ have a 2460×1200 6.58” diagonal display.

The all-in-one Huawei Kirin 990 5G chipset delivers with battery saving power efficiency and off course 2G/ 3G and 4G is supported too. Dual VoLTE and eSim is supported doing away with pesky SIM cards.

Larger batteries from last years P30 series and more efficient chip performance mean not running out of power on a full day. The P40 Pro has a 3800mAh battery while the P40 Pro and Pro+ have 4200mAh capacity. An assortment of SuperCharge technology including wireless typically goes from 0% to 70% in 30 minutes without long term damage to the battery.

The P40 series come to Canada in early June. Price to be announced in the next few weeks. 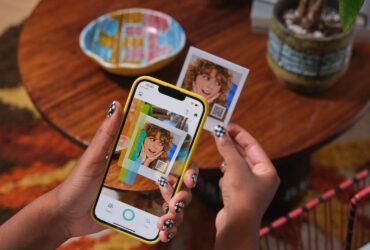 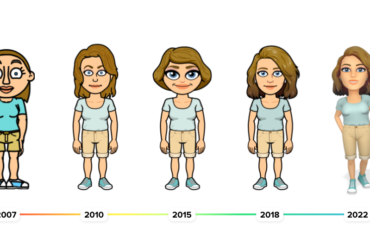  Bitmoji Celebrates 15 Years and 1B Created

Bitmoji, which turns your visage into an adorable online avatar, ... 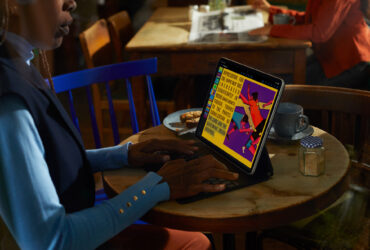 Apple has launched its latest version of the iPad Pro, ...

Posted by by Christine Persaud 1 month Ago
Load More