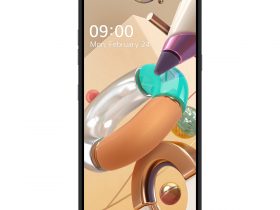 Taking a cue off its recent impressive new desktop 12th-Gen Core hybrid processors, Intel launched a slew of similar architecture processors offering efficiency and power for a wide array of portable laptops.  This will include two product families, U-series and P-series laptops, as well as Intel EVO branded laptops.

Intel Core U-series will offer 9-and 15-watt configurations laptops while the P-series will have 28-watts offering more power and performance. Both will offer some mix of performance and efficiency cores, with up to a total of 14 cores on the P-series chips. The new U-series chips will provide two performance cores and 6 to 10 efficiency cores depending on the model. Higher-end H-series with more Core processors will be available to OEM’s as well.

The new 12th Gen Intel Core mobile processors for thin-and-light designs will include the following features:

The first Thin-and-Light devices will be available in March 2022, with more than 250 coming this year from Acer, Asus, Dell, Fujitsu, HP, Lenovo, LG, MSI, NEC, Samsung and others.

Intel shared impressive performance benchmarks for all chipsets siting, for example, the new Core i7-1280P chipset delivering up to 70 percent better performance than last year’s Core i7-1195G7 and AMD Ryzen 7 5800U chips at half the energy consumption. Intel is claiming to beat Apple’s M1 and M1 Pro, but not the workstation chipset M1 Max.

Each of the new chipsets will include Iris Xe graphics, support Wi-Fi 6E, Thunderbolt 4, and PCIe 4.0.see

Through deep co-engineering efforts with 150 ecosystem partners, more than 100 Intel Evo verified systems are expected this year, with systems for the first time including foldable displays.

Intel’s co-engineering and real-world testing expands to accessory partners this year through the Expect additional Thunderbolt monitors, docks, storage and Bluetooth headsets to join the accessories already in the program from Poly, Anker, Kensington, Dell, HP, Belkin, Samsung, Sabrent, OWC and others.