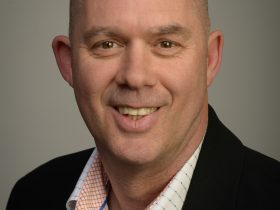 Interac Corp. today announced that Interac e-Transfer usage crossed a new threshold, reaching more than one billion transactions over a 12-month period for the very first time in the 20-year existence of the service. Interac surpassed the milestone in April 2022, which represents a transaction increase of 16 per cent over the previous 12-month period. Interac also released the findings of a recent survey that shows younger generations, including Gen Z adults and Millennial Canadians, are using Interac e-Transfer to split the cost for a range of shared experiences.

The survey found that nearly nine in 10 Canadians (88 per cent) have used Interac e-Transfer. Canadians transferred $338 billion over the past 12 months, and over $625 billion since the pandemic began, with 49 per cent indicating that they have increased their use in this period. More than half of users (56 per cent) leverage the service to split the cost of experiences with family and friends at least once a month. Interac transaction data validates this trend with Interace-Transfer Request Money usage, a feature that facilitates the process of asking for money, growing by 126 per cent over the past 12 months.

“Canadians have long embraced Interac e-Transfer to send money, but recent rapid growth may demonstrate that the service has achieved a new relevance as Canadians return to the shared experiences that may have been out of reach in the earlier stages of the pandemic,” said Anurag Kar, AVP at Interac Corp. “While young Canadians might be eager to expand their social circles through these shared experiences, they’re often splitting the costs associated with them as a means of helping stay in control of their money and turning to Interac e-Transfer to do so.”

The survey found that seven in 10 Canadians (74 per cent) want to spend more time having fun experiences with friends and family after the intensity of the pandemic. They are looking forward to reunions with friends and family (70 per cent), upcoming birthdays and anniversaries (60 per cent) and travel (58 per cent). This trend is particularly visible among younger Canadians, with nearly two thirds of Gen Z (65 per cent) expressing the desire to engage in shared experiences to make new memories.

Key findings from the Interac survey:

“Each generation is navigating the changing economic conditions, and we see the rising trend in Canadians, especially younger ones, using their own money for the simple joys of shared experiences with friends and family,” said William Keliehor, Chief Commercial Officer at Interac Corp. “The one billion transaction milestone shows the growing relevance of Interac products in the digital economy. Broadening access to payment options is a critical focus for us going forward so Canadians can have more choice to pay with their own funds.”