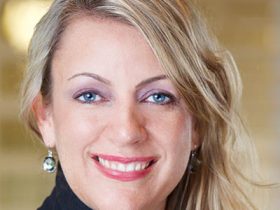 JBL, distributed in Canada by Erikson Multimedia, has several new portable Bluetooth speakers coming out in 2022, including new models in its PartyBox line, a new Boombox, and new Pulse speaker.

All of the new products, which were on display at, and introduced during, the 2022 CES, which took place both virtually and in person in Las Vegas in early January, pack an audible punch. Here’s a rundown of some of the most notable new products that will be available later this year.

The latest in the growing PartyBox line, this limited-edition model offers 100W of sound and features a built-in light show that syncs up with the music. For those who are game for karaoke parties, it also comes with a pair of digital wireless microphones for singing along.

Because its portable with a convenient rubber-gripped handle, the speaker can be moved around the house, including taken into the backyard or basement, or transported for use at a friend’s house or even for tailgate parties (Super Bowl LVI, anyone?) It offers up to 10 hours of battery life per charge and comes housed with an IPX4 splashproof-rated chassis so you can safely use it outdoors by the pool where it could get splashed.

Control it from the top menu, which has buttons for the light show, volume, and mic settings. Use the app, meanwhile, to further customize the light show, including adding fun strobe effects and club lights. Stream music to the speaker via Bluetooth V5.1, or connect a device via USB or Aux-in. The mics are powered by AA batteries, which come included. Grab two of these speakers and pair them for wireless stereo to fill a room or outdoor space.

The JBL PartyBox Encore will be available in Canada through Erikson Multimedia by September 2022 for an MSRP of $499.98.

This version of the PartyBox Encore speakers boasts a similar feature set, including 100W output and lightshow. But it’s smaller, offers up to six hours of battery life, and doesn’t come with the microphones but it does have a single wired mic input so you can use your own. It also has the same rugged design and convenient carry handle, top function buttons, and JBL PartyBox app control, along with the IPX4 splashproof rating. Connect a source in the same fashion as with the Encore model, including Bluetooth, USB, or Aux-in. Like the Encore, you can also pair two for stereo sound. It will be available in Canada this summer for an MSRP of $399.98.

The JBL Boombox is one of those cool retro-yet-modern portable Bluetooth speakers that both harkens back to the ’80s when boomboxes over the shoulder were all the rage while also bringing fans into the 21st Century with high-tech features. The latest model in the line is the Boombox 3, which boasts a three-way speaker system with racetrack-shaped subwoofer, two mid-range drivers, and two tweeters. Offering deeper bass than the previous generation versions along with more powerful sound, overall, it can also run for up to 24 hours per charge, providing a full day’s worth of music. Thanks to the IP67 rating, it’s also waterproof and dustproof so you can safely use it outside in most weather conditions. Grab it from the sturdy metal handle with orange silicone grip to bring it with you. It also has a built-in power bank so you can use it to charge up the source device you’re using for music, like a smartphone or tablet. Use the PartyBoost feature to connect other JBL PartyBoost-compatible speakers to enhance the sound, creating either a stereo experience with two or all-encompassing audio to fill a big space with more. You can connect up to two mobile devices at once via Bluetooth 5.3 so two people can take turns playing DJ. The JBL Boombox 3 will sell in Canada for MSRP $599.98 and be available in the Fall.

The JBL Pulse is that neat ultra-portable speaker that adds a fun light show and light effects, and it is being upgraded with the new Pulse 5 model. It has been newly designed to offer a 360° sound experience and ambient light show that syncs with the music. Get improved sound thanks to the larger passive radiator and acoustic volume, which affords deeper bass. The woofer is also focused on delivering mid-low frequency sound; while there’s an added tweeter for authentic and purer sound, says JBL. Offering 12 hours of play time per charge via USB-C charging, it comes encased in an IP67 waterproof and dustproof housing so you can use it indoors and out. Use the sturdy rope strap to easily carry it around. It also features PartyBoost and can connect to as many other PartyBoost-enabled speakers as you like for bigger sound and a bolder light show; or simply connect two for stereo sound. Use the app to change the colours and effects, both when the speaker is playing music as well as when it isn’t if you just want the lights for ambiance. It works over Bluetooth v5.3 streaming and can connect to up to two mobile devices at the same time. It will be available in Canada in the Fall for an MSRP of $299.98.