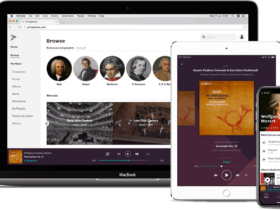 LG Electronics’ rollable TV, the Signature OLED R, which was first on display, garnering “oohs” at “ahhs” at CES 2019 two years ago, is finally making its way to consumer electronics stores in South Korea.

Available at seven stores across the country, the model RX is selling for a retail price that’s equivalent to US$87,000.

A décor piece as much as it is a technological device, the television neatly rolls away into its housing when you’re not actively watching TV then unwinds out when you’re ready to binge a new show or film. It can be positioned in three different views: Full View, Line View, and Zero View. When in Line View, it can be used for music listening via the built-in speaker and bottom display.

Manufactured in LG’s advanced Gumi facility in South Korea, each TV features a brushed aluminum casing and modern wool speaker cover by Kvadrat of Denmark. Customers can choose from four shades of covering – Signature Black, Moon Gray, Topaz Blue, or Toffee Brown – and further personalize the unit with an engraving of a name or message on the aluminum base.

The flexible screen itself is 65 inches in size and features self-lighting pixel technology and individual dimming control.

Park Hyoung-sei, President of LG Home Entertainment Company, calls the TV a “work of art” and a “true luxury product that reimagines what television can be.”