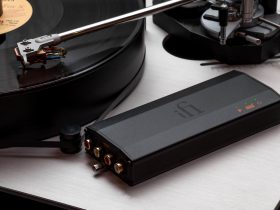 NPD Canada has shared their analytical data for the month of May, the latest month in which the company has compiled sales data across multiple consumer goods categories and the numbers suggest a cautiously optimistic return to consumer spending. After nearly a month-and-a-half of non-essential retailers closing their doors to consumers, May saw COVID-19-related restrictions ease across much of the country. As doors began to reopen, it provided a significant boost to industries already growing and softened the blow for industries impacted negatively due to the public health crisis.

Industries that have experienced accelerated growth due to the crisis have one thing in common: They all elevate our at-home experience. Prior to COVID-19, consumers were eager to spend their money on experiences outside of the home, such as travel, concerts, and dining, which in turn meant they had less discretionary income to spend on non-discretionary products. This displacement of discretionary spending has led to record-breaking performance in industries that otherwise experienced flat growth prior to March.

Industries that have been hit hardest due to COVID-19, such as beauty, apparel, and footwear, also have common drivers. All three depend heavily on malls for in-store sales, and malls have been slowest to reopen, and all three are driven, in part, by out-of-home activities. From purchasing clothing or shoes for school or work to looking their best in a social setting, the less time consumers spend outside of the home results in less of a need for these products. As malls begin to reopen and social restrictions are relaxed, we expect a commensurate bounce-back in these industries.

Given that many offices and school boards across the country have announced working and learning from home will be a reality until at least September, consumers continued to equip their homes with the technology needed to effectively manage their “new normal”. Notebook computers, tablets, and monitors continued to experience very strong growth into May. The warmer weather across much of the country, combined with more time being spent indoors, led to home comfort categories (such as room air conditioners and fans) to be among the top 10 growing categories tracked by NPD. Seven of the top 10 declining categories tracked were in footwear.

In April, due to growing case counts and strict measures to stop the spread of the disease, Ontario and Quebec saw retail sales decline faster than other regions. In May, with stores opening and restrictions easing, Ontario and Quebec saw significant improvements. Retail sales in Quebec declined 45% in April and only -1% in May. Surprisingly, although British Columbia did an exemplary job in controlling case counts, it experienced the largest decline in May as recovery in large segments like apparel, footwear, and beauty lagged other regions.

When analyzing industry growth by region, NPD sees significant differences not only among provinces, but also within them. Prestige beauty, for example grew nearly 20% in the Atlantic region but declined 35% in British Columbia. The relatively early easing of social distancing measures and reopening of malls may have played a role in the strong growth in the Atlantic region.

During the first three weeks of June, six of eight industries tracked saw dollar growth of more than 20%. As malls continue to reopen, including in Canada’s most populated region (Greater Toronto Area), NPD expects the strong growth to continue during the last two weeks of June. At this rate, June could set new records for many industries.

As of the week ending June 20, most of NPD’s tracked industries had entered either the Restart or Recovery phase; just apparel and footwear lagged behind. As malls begin to reopen, we expect those two important segments of retail will quickly progress along the recovery timeline.

Wifi Hifi will publish NPD’s next report that will analyze June numbers as they become available.