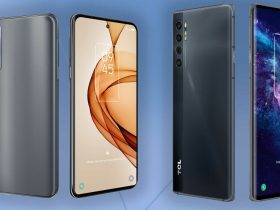 The Samsung 870 QVO is a consumer solid state drive (SSD) that offers a whopping 8 TB of storage space along with fast speeds and reliability.

Touted to offer the best of both SSD and hard disk drive (HDD) worlds, the 870 QVO is designed for both mainstream PC users and professionals. It offers double the capacity of Samsung’s first consumer QLC drive, the 860 QVO, which was launched in 2018, along with enhanced performance and reliability.

The 870 QVO offers excellent sequential read and write speeds of up to 560 MB/s and 530 MB/s, respectively with the drive’s Intelligent TurboWrite technology allowing it to maintain peak performance levels using a large variable SLC buffer. It also delivers a 13% improvement in random read speed as compared to the Samsung 860 QVO, making it ideally suited for everyday computing needs such as multitasking, gaming and web browsing. The renewed Data Migration and Magician 6 software provides new features, enabling users to upgrade, manage, and optimize their SSDs with greater ease.