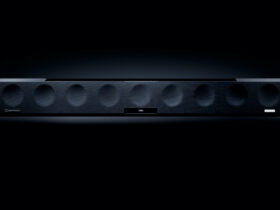 Survey at a Glance: Depleting cash reserves still No.1 concern (26%). Re-closure worries jump 41% from 17%. Customers being afraid to return remains a key concern (23%). Looming cash crisis projected for July. Revenues for 49% of businesses surveyed are below 50% of pre-COVID-19 levels

Among small to medium sized businesses, a general fear of business re-closing is up 41%. Across Canada and the U.S., the fear of needing to re-close due to outbreaks has skyrocketed, up from 17% in May, to 24% in late June to 41% today. The fear of reclosing is highest among the American states such as Florida and Texas, that were some of the first to reopen and are seeing the highest new cases of Covid-19.

Though fears about re-closing and worries that apprehensive customers that may not return are pervasive, the number one concern among the small to medium size business community is running out of cash. Having sufficient financial reserves to get through this crisis remained their greatest concern at 26%. Last month, customers being afraid to return was a close second. In June, likely due to the significant uptick in cases seen across the U.S., the risk of re-closure jumped over 40%, becoming the second greatest recovery concern.

The prolonged impact of the Coronavirus has created a looming cash crisis for small business owners across North America. In Alignable’s mid-June poll of 7,728 business owners, 47% said they had less than one month’s cash on hand. Only 4.8 million (16%) of the roughly 30 million businesses in the U.S. have been able to access the CARES Act Relief (to date), which provided emergency funds for small businesses. 43% of those who received funding have reported they would be out of cash in July. Alignable found minority-owned businesses saw application rejection rates almost double that of other businesses (11.9% vs. 6.6%). Alignable did not provide similar data on the impact or duration of loan options to Canadian businesses.

By the end of June, when Alignable’s survey was conducted, 77% of small business staffers reported being back on the payroll, up 19% from May, and 88% of small businesses are reporting being open, up from 68% in May. However, 49% of business owners surveyed said they have less than half of the revenue they had prior to the pandemic. Of businesses surveyed by Alignable, 50% are fully open. The number of small businesses reporting that 90% or more of their customers had returned increased over 50% month-over-month.  While those in the worst shape in May (with less than 25% of their customers returning), saw a 47% improvement in June.

The general consensus among Alignable respondents is that the only viable answer for recovery is to get businesses open (safely) and encourage customers to return (by helping them to feel safe). “Once we, as customers, feel safe, we are all going to have to make a significant effort to change our behavior back to supporting the businesses in our communities, if we want local economies to recover” stated one survey respondent. Alignable’s latest survey of 10,931 business owners showed continued progress towards reopening in June with 50% of businesses reporting “fully open”status compared to 40% in May.

In June, North American businesses reported a 6% decrease in the overall impact of Coronavirus on their business, bringing the total impact level down from 74% in May to 68% in June. Also trending lower (down 8%) are businesses reporting significant financial impact, which is now down to 59%. Still over half but trending in the right direction.

While concerns over the re-closure risks were higher in the first-to-reopen states than the North American average, business owners in high risk states such as Florida and Arizona remain most concerned about customers being too afraid to return to their businesses.

While Alignable views these latest numbers as encouraging, it is also clear there is still a long way to go to rebuilding local economies.