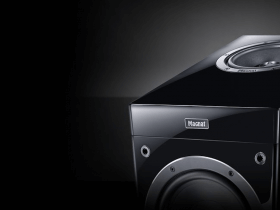 “Much has been said about the importance of good audio for video,” says Kai Lange, Senior Product Manager at Sennheiser. “Now, the new MKE 400 lets users experience how vastly it improves in-camera audio, lifting storytelling to the next level and wowing audiences.”

This new microphone replaces the previous-generation version of the same name. Like its predecessor, it features a headphone monitoring output with volume control, has a rugged internal shock-mount, internal windscreen, and automatic on/off function. It also comes with a variety of accessories.

The MKE 400 achieves its directionality with an acoustic interference tube, which is shock-mounted (blue elements) to prevent handling noise from transferring to the capsule. The shock-mounted capsule minimizes handling noise, while the cleverly designed microphone housing doubles as a standard windscreen. For outdoor use, a furry windshield is included: place it over the integrated windscreen for maximum wind protection while recording. The microphone’s low-cut filter also does its part in removing problematic low frequencies like the hum from air-conditioning systems or the rumble from wind.

The three-step sensitivity switch adjusts the audio level to the mic input of the camera, helping you address all the differences in dynamics that you encounter on a shoot.

To help you check levels and monitor your sound, the MKE 400 is fitted with the aforementioned low-cut filter and three-step sensitivity switch along with a headphone monitoring output and integrated eight-step digital volume control. You can plug any headphone with a 3.5 mm (1/8”) jack directly into the MKE 400 and conveniently check levels and audio performance while rolling.

The MKE 400 includes 3.5 mm TRS and TRRS locking cables to be used with DSLR/M cameras or mobile devices so you can easily switch from one device to another. The mic’s cold-shoe mount with ¼-20 thread allows for universal mounting atop of cameras, gimbals, or even at the end of a boom pole.

The MKE 400’s cables are coiled and locking so they stay out of your way and stay securely connected while shooting. The mic is powered by a pair of AA batteries that offer up to 100 hours of continuous audio capture. A low battery indicator warns you three hours before the batteries run flat, which is more than enough time to finish the shot you’re working on.

When connected to DSLR/M cameras, the MKE 400 automatically powers on/off with the camera. So, your mic is ready the instant your camera is, and helps you save energy when you’re not rolling. Power detection also works with many smartphone models: if you remove the MKE 400, it will automatically turn off. A manual power button is provided too, featuring an off-delay to avoid any accidental operation.

You can get the MKE 400 on its own in Canada for $259.95 or in a Mobile Kit that includes a Sennheiser Smartphone Clamp and Manfrotto PIXI Mini Tripod for $299.95. 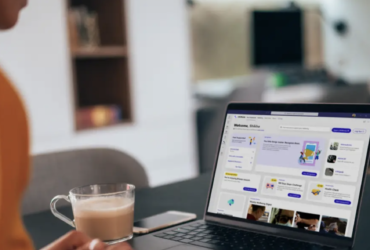 Posted by by John Thomson 23 mins Ago

Posted by by Christine Persaud 24 hours Ago
Load More