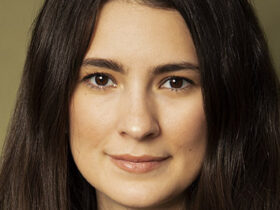 Remember a time when smartphones were actually used for tasks like receiving and making phone calls, messaging, surfing the Web, and even playing with apps? That’s still the case today. But the most important feature by far has become the camera.

In fact, scanning the marketing messaging, hype, and reviews surrounding smartphones, you’d think manufacturers were trying to sell cameras with some phone features, not phones with great cameras. Other features, like design, screen resolution, processor, memory, and battery life are discussed. But it’s often in relation to the camera and taking photos – review your beautiful images on the high-res screen, store more memories in the phone or cloud service, take more photos without draining the battery.

The Photo Proof is in the Pudding

Don’t believe me? On the product page for Samsung’s Galaxy S10, the feature promoted above all else is the “next generation camera that lets you shoot like a pro.” The page then goes into several photo-specific features, including the multiple lenses, dual aperture and multi-frame composition, three rear cameras, and more. The benefits are discussed in terms of how you can take great selfies, experiment with depth-of-field, and capture action, even in low light. Oh, and take 4K videos, too. Then comes a low-down of other features beyond image-related ones, like the ability to share content quickly and easily. What content? Why, those photos and videos you just took, of course!

Samsung isn’t alone. On the Google Pixel page, the first slide discusses its “brilliant camera,” then goes into features like an all-day battery and Google Assistant. Google also released an entire announcement about its Night Sight feature when it launched, focusing on how the phone allows you to take fantastic pictures in low-light scenarios.

Huawei has gained attention over the past few years, mainly thanks to the stellar cameras in the company’s phones. Its P30 Pro is even co-engineered with camera lens manufacturer Leica. And, you guessed it, much of the messaging and promotional materials relate to the camera. It’s “pushing the envelope of smartphone photography,” reads the Website. Want to know anything else about the device? You’ll have to scroll all the way to the bottom of the spec listing to find anything unrelated to the camera.

Give the Customers What They Want

It’s worth noting that manufacturers aren’t by any means skimping on other features of their devices. The latest smartphones have amazingly crystal-clear screens, ultra-fast processors, storage galore (the Galaxy S10 has a whopping 1 TB!), and tons of other advanced features we could have only dreamed about a decade ago. But the idea that the smartphone has all but gobbled up the point & shoot camera market has evolved to suggest that the mobile market has been gobbled up by imaging, too.

Walk into any wireless store (pre-pandemic, of course), and, in addition to tapping away on the screens to see how intuitive the interface is, shoppers are snapping photos to check out how good the camera is. Phones are being sold both in stores and online on their photo capture merits as well.

There’s good reason for this. Most of us see smartphones as cameras in our pockets, as is evidenced by the Photos folders in our devices that often contains hundreds of images, and our photo album-filled social media accounts. It’s obvious that the smartphone is the device of choice for snapping photos, including candids as well as professional-looking portraits of people, scenes, food, and more – for both individuals and businesses.

So smartphones manufacturers are simply appealing to what customers want. And that’s a way to combine the convenience of being able to take photos an time and anywhere with the ability to make them actually look good.

While this might not necessarily mean we’re making more prints to fully enjoy these high-resolution, print-worthy gorgeous shots, the quality of the images being shared online – which, let’s face it, is where most of them end up – is better than ever. And there’s nothing wrong with that.

One thing to consider: photography is a focus when you make a point to bring along a dedicated mirrorless camera or DSLR to an outing or event. But when the same device that’s in your hand or pocket almost every waking moment is the one you use to get pro-worthy photos, it means that every outing becomes a potential photo op. As long as we remember to actually enjoy all of the moments we’re capturing, shoot away. And enjoy that, nowadays, your photos will look better than ever when they’re taken from a premium portable camera. Er, I mean smartphone.