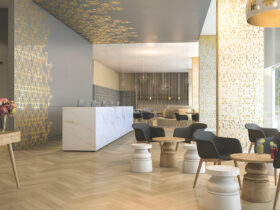 A new survey by mobile wallet company Stocard finds that, not surprisingly, Canadians love redeeming loyalty points when shopping online and in stores. However, the survey also found that Canadians have been using these points to help with holiday shopping.

According to Stocard, almost 60% of Canadian shoppers plan to redeem points gained through loyalty programs to buy gifts for others during the holiday season. The survey found that 64% of shoppers believe it’s ‘very important’ to them to save money for holiday shopping by using their points. Meanwhile, 56.5% said they will purposely change shopping trips for points accelerator events over the holidays.

The survey also found that 54% of shoppers say it is ‘very important’ to them to earn points for the holiday shopping season. Of those who will redeem points to purchase gifts, 69.3% plan to do so for one to five gifts, 17.9% for six to 10 gifts, and 12.8% for 10 or more gifts. Overall, 67.4% of Canadian shoppers will shop at more stores in person this year compared to last year.

“This survey clearly showed us that Stocard’s three million users in Canada understand points, want to earn them and see them as a key way to save money,” says Stephen Relph, Country Manager, Canada for Stocard.

Relph notes that this means retailers need to continue talking to active shoppers, ensuring that they are aware of and reminded about the loyalty programs and points accelerator events.

“For some of our partners,” he says, “that includes clear communication of their loyalty program, for others, it means showcasing strong everyday value and assortment.”

Relph notes that while customers most often seek out the best deals, loyalty programs can help retailers “conserve margins while growing trips and sales. “Ninety per cent see using points as a way to save money,” he adds, “and 88.2 per cent say it’s important they earn points on their holiday shopping. We even see 57 per cent of our users willing to switch stores for points accelerator events.”

Stocard’s app can be used to store various loyalty cards on a mobile device, all accessible in one place. Canada ranks fourth globally among Stocards 60 million users with an average of 11.9 loyalty cards stored on the app trailing Italy’s 17 followed by France (16.6) and Australia (13.8).