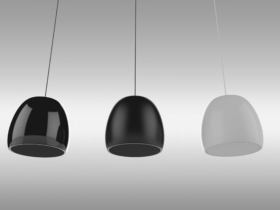 Two of TCL’s smartphones, which were announced in April in the U.S. market selling for under $500, will soon be available in Canada. The TCL 10 Pro and TCL 10L will sell through Bell, Koodo, Telus, and Virgin Mobile starting July 10, 2020.

The premium Android smartphones mark TCL Mobile’s official brand introduction into Canada, and both provide a high-resolution display, quad rear camera set-up, and other flagship features while coming in at affordable price points; though TLC only says at this point that pricing will “vary by carrier.” Using TCL’s expertise in the television business, the touch panels are built by TLC and the phones include TCL NXTVISION, a proprietary advanced display and camera visual technology that brings images to life with truer colour, clarity, and contrast enhancements in real-time, says the company. Both devices also come with a real-time SDR to HDR video conversion feature, providing enhancements in highlights, shadows, contrast, and colour.

The TCL 10 Pro has a 6.47″ FHD+ curved, anti-glare AMOLED display and matte finish on the back. Edge Bar shortcuts can be accessed one-handed and an on-display fingerprint reader sits under the screen for rapidly unlocking the phone. Through leveraging NXTVISION technology, the TCL 10 Pro is one of a select group of smartphones that are Netflix-certified to stream HDR10 videos.

Available in Mariana Blue with a holographic finish and glossy, iridescent shine on the back, as well as sleek 3D backing, the TLC 10L is built with a Qualcomm Snapdragon 665 processor paired with 6GB RAM and comes with an AI platform to provide optimal performance and low power consumption. With a 6.53″ FHD+ Dotch display and 91% screen-to-body ratio, it also incorporates TCL’s NXTVISION technology and four rear cameras, along with a 16MP front-facing camera, all powered by AI technology to enhance scenes and objects.