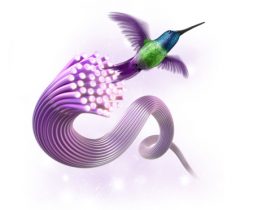 Ever since March 2020 when our world took a turn, I’ve had a lot of time to think. I am using our first business day of 2022 to be somewhat introspective and reflect on where I am in life and want to post things that may be of value to share.  None of these observations are scientific and can be challenged as easily as they can be embraced.  But here are a few things I have learned along the way.

Around 25 years ago I was living in Bermuda working for a dot-com start-up.  That’s what companies that dabbled with the internet were called a couple decades ago.  I had left a promising career in the music industry to join an underfunded high-risk start-up because I was getting impatient with my promotion trajectory of not being made Vice President after three years with the company.  A lot has been written about the unrealistic Millennial expectations when climbing the career ladder, but being two generations removed from Millennials, impatience has nothing to do with what year you were born; it’s rooted in high-striving individuals, and such a characteristic is most likely what motivates many to quit their jobs and start a company. If you work for a company, they want you to have patience which is another word for complacency.  “Don’t rock the boat and your time will come” is a lie.  My advice to my kids and anyone else starting out is to learn as much as you can from the company you serve, work faithfully and productively, but get the hell out once you realize you aren’t going anywhere fast.  Stay if your company nurtures and encourages an environment that challenges; and if you are that person who challenges, do so with respect rather than with criticism for those that came before you.

I have seen far too many colleagues and friends gripe about their work environment and whine that the place that employs them could be so much better if only the owners or bosses would listen.  Well, if you can do it better, stop complaining and make 2022 the year you start a company.  I can’t imagine the logistics, paperwork and red tape that those that started companies a few decades ago had to endure.  Those starting companies today have web tools to get you online in minutes, design software for logos and branding, back-end commerce tools to allow you to sell effortlessly.  Anyone starting a company today has it 1000-fold easier than those that started before such web services existed. Even if you can’t leave your existing company due to financial obligations or other reasons, start a side hustle. Once you start experiencing the logistics, scheduling, stress and 24-7 mentality to make it successful, you will have far more respect and understanding for those that have done it before you and you may stop complaining so much about your current gig.  You may even be successful and turn your side-business into your main income. Then the cycle can start all over again when your employees start to complain how you do it and they go off and start their own thing.

Invest in the Stock Market as early as you can

Rather than an expensive watch or designer bag as a gift, when my daughter turned 21, I opened a self-directed tax-free savings account for her.  We then picked several stocks together that she would hold.  The biggest envy that I have over her portfolio vs. mine is that she has started her investment career 15 years earlier than when I started.  The greatest success you can have in the market is with time.  A $1000 investment in Tesla ten years ago when they went public is worth almost $200,000 today.  The younger you start the better and even if you pick duds and lose money, it is a loss that time helps you recover.  My daughter’s whole understanding of money has changed since she became “an investor”.  If you can afford it, providing money to start a life of investing is the greatest gift you can ever give and the earlier you can start the better.

Tone down the judgement

A younger me viewed success and failure in layers of black and white.  Success came from hard work and failure came from not trying.  Two Christmases go, I bought a portrait from British photographer Lee Jeffries.  Jeffries had done a series shooting homeless people.  Many who have visited our home questioned why on earth would I have a photo of a homeless man on my wall.  I have it on my wall as a reminder that the line between success and failure can be very thin indeed.  Looking at that photo reminds me to be thankful for what I have and to recognize that life circumstances such as when and where I grew up, the education I was given, who my parents are and so on, gave me a footing that for years I took for granted.  That photo just reminds me that a lot of what I have accomplished stems from luck and circumstance as much as talent and determination.

Don’t be Afraid of failure

That stint in Bermuda was a disaster.  The company imploded and I had two daughters under the age of four, no house and we had to sell almost all our possessions just to get back to Canada.  We lived in a basement apartment, that I will forever be thankful to my father for providing.  Once you have had a big failure you can either stay cautious so that never happens again or you realize the world does not end when things don’t turn out and you just keep trying.  But as with stocks, take those high-risk career moves when you are young.  Time again is the key ingredient for recovery.

I am not a scientist and I really have no basis to make these conclusions, but it’s hard for me not to correlate the constant media attention of increased rising cases of mental health problems with the decades long steady rise in obesity rates.  The Latin phrase “mens sana corpus sanum” translates to “sound mind sound body”. Covid has reminded us the importance of health.  My plan for 2022 is to bring myself back to my fitness levels from a decade ago.  No excuses.  Finding that balance of a sound mind with a sound body is a priority and I don’t think you can have one without the other.  My wife’s daily slogan is “movement is medicine.”

Keep laughing and don’t get too serious

Live long enough and you realize that the lows in life do find a trough and eventually start to rise.  Surround yourself with people that provide value to your life and discard the ones that don’t. Be an active participant in other people’s lives and keep a positive perspective.  While I commend those that fight for change, I am concluding more and more that if you fall into the pack that embraces cancel culture and your mandate is a steady diet of anger and rage, you are part of the problem and not part of the solution.

It’s a strange and foreign feeling to recognize that you’re mellowing out.  That’s not to say there’s no fire or hunger but in 2022, I’m going to be Ok checking a bag on the plane and not stressing about the overhead bin. I am also not going to tailgate every person driving too slowly in the fast lane while concluding they are an idiot.  Mostly, I am just going to count my blessings and be thankful that I have come this far. I am going to travel as much as can because nothing reinforces that we are more similar than different than to visit foreign lands.  I’m going to hopefully get back to experiencing live music because music is easily one of the most important joys in my life.  But mostly, I’m just going to look forward to 2022.