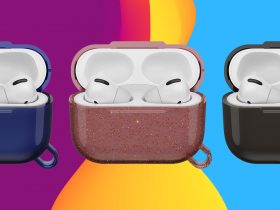 CES 2022 will continue in person as planned (along with some virtual events to accommodate those who have decided to forego traveling) but the show will close a day early, reports the Consumer Technology Association (CTA). CES 2022 will now take place from January 5-7, 2022 in Las Vegas.

The news comes less than a week after CTA reassured that CES 2022 will continue as planned, despite several large tech companies pulling out of making an in-person appearance at the show. The decision to shorten the show was made as another measure of health and safety, part of CES 2022’s stringent health protocols.

CTA confirms that more than 2,200 exhibitors are on tap to appear at the show, with 143 new companies signing up to exhibit in person over the last few weeks. Conversely, however, several big companies have decided not to participate in person, including Microsoft, T-Mobile, AT&T, Amazon, Meta, and others. With that said, some of the biggest tech companies, including Samsung, Sony, and LG, will still have physical booths at the show this year.

“As the world’s most influential technology event, CES is steadfast in its pledge to be the gathering place to showcase products and discuss ideas that will ultimately make our lives better,” says Gary Shapiro, President and CEO, CTA. “We are shortening the show to three days and have put in place comprehensive health measures for the safety of all attendees and participants.”

Those that are unable to travel to Las Vegas for CES 2022 can join digitally and access more than 40 livestreamed conference sessions, keynotes, select Media Days press conferences, and the ability to engage with exhibitors at CES.