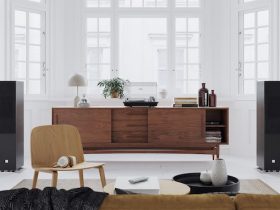 TP-Link has released its new Kasa Smart EP25 Wi-Fi Plug Mini with Energy Monitoring and Apple HomeKit, which is available now in the U.S. in a four-pack and will launch in a two-pack by Q4 2022.

The smart plugs can be used to transform a device that’s plugged into them, from a fan to a coffee maker or light bulb, into a smart, remotely controllable device. But they can also monitor the device’s energy usage in real time, a useful feature for those trying to conserve energy and curious to see which products in their homes might use more than others.

Now, however, the new models also feature Apple HomeKit compatibility, allowing Apple device users the ability to integrate them into the Apple ecosystem, for control through Apple’s Siri and HomeKit app.

Like other Kasa Smart plugs, the EP25 gives users full control of any compatible plug-in device  with a 15A max load via the Kasa app as well as with favourite smart assistants, including Amazon Alexa, Google Assistant (FSS and GSS supported), and now Siri. Existing Kasa users can use advanced controls with their device such as grouping with other Kasa devices, on/off schedule and timers, and Away Mode to simulate being home while on vacation.

The EP25 employs a compact single-outlet and flame-retardant design and UL certification. Additionally, the plug is backed by a two-year limited warranty.

The Kasa Smart WiFi Plug Mini with Energy Monitoring and Apple HomeKit, EP25 (four-pack) sells for an MSRP of US$50; and two-pack option will launch in Q4 for an MSRP of US$30. Note that it is not available in Canada.