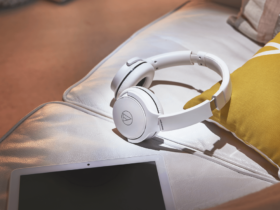 While we hear that the market might be slowing down, according to TrendForce, a focus on larger sizes and mid-to-high-end TV upgraded means that QLED and OLED TV shipments are projected to break records this year.

According to the research firm, TV manufacturers have had to reduce shipments of mid- and small-sized TVs in favour of more profitable large-sized mid-to-high-end TVs. This is because of price hikes in panels as well as a shortage of, and price hike for, semiconductor components. As a result, the shift is expected to result in annual shipments of QLED TVs at 11.02 million units, representing a 22.4% year-over-year (YoY) increase. OLED TVs, meanwhile, will reach 7.1 million units, representing an 80% for 2021 compared to the year prior.

Keep in mind, of course, that TV shipments don’t necessarily equate to actual TV sales. Sell-through rate is still up in the air.

TrendForce does note that more vaccines being taken in Europe and the U.S. along with the easing border restrictions might result in a slow-down in the demand for TVs, which was previously driven by the stay-at-home economy.

Since the high pricing on TV panels shows no signs of slowing down, manufacturers will be looking to offset the losses in small-to-mid-sized TV sales by focusing more on both larger-sized TVs with more premium specs. Nonetheless, the drop in shipments of smaller, lower-end TVs means that overall, total TV shipments are suspected to drop to 220 million, which is still a respectable 1.4% YoY increase.

During the replacement period between old and new models, Samsung has not only lowered the retail prices of its QLED products to attract consumers, but also released its new Neo QLED lineup, which features Mini LED backlights and resolutions ranging from UHD to 8K. Samsung’s QLED TV shipment is expected to undergo a 17% YoY increase to 9.1 million units this year, the highest annual shipment in history. In particular, Samsung’s lineup includes about 1.5 million Mini LED backlight TVs, mostly with 65-inch and 55-inch displays, and these sizes account for 33% and 30% of the company’s total Mini LED backlight TV shipment, respectively, while the ultra-large, 75-inch model will account for 17%.

While brands expand their production lines for OLED TVs, LG and Sony are expected to seize nearly 80% of OLED market share.

Annual OLED TV shipments are expected to break records once again this year, as brands are willing to expand their OLED TV product lineups because strategic reductions in OLED panel costs have now significantly narrowed the gap between the cost of OLED panels and that of equivalent LCD panels, thereby giving OLED panels a cost advantage that allows TV brands to reap increased profitability, says TrendForce. With regards to TV brands, LG Electronics remains the industry leader in terms of OLED TV shipment this year with a market share of more than 50%, while Sony takes second place with a 20% market share. Other Japanese brands (Panasonic, Sharp, et cetera) and Chinese brands (Skyworth, Hisense, Xiaomi, and others) are likewise expected to experience shipment growths going forward.