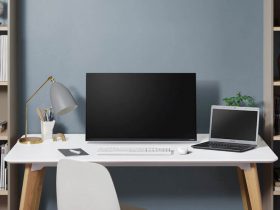 The latest candidate in our series of Q&As with influential women in the technology business in Canada is Shawna MacDonald, Technical Project Manager, CapIntel, a fintech company.

Years in the Industry: 4 Years

The Quote That Most Inspires You: “In times of change, learners inherit the earth; while the learned find themselves beautifully equipped to deal with a world that no longer exists.” (-Eric Hoffer)

This is one of my favourite quotes because it reminds me of how important it is to always adopt a learner’s perspective. It’s easy to do yourself a disservice by entering a situation thinking you know all there is to know. There are always opportunities to learn new things if you just open yourself up to it.

My unconventional path into the tech industry started as a hobby. While completing my Bachelor of Science in Nutrition at Acadia University, I started a nutrition blog and taught myself basic web development skills like CSS and HTML. I enjoyed building the back end of the site more than the blog content itself. Fast-forward a few years, I was halfway through a Psychology degree and I decided to pursue my hobby more seriously and minored in Computer Science.

One of my first jobs in tech was working at a web development agency. While at the agency, I quickly realized that I was better suited for a role where I could work on a project long enough to see the impact of my work. After a year and-a-half at the agency, I found CapIntel and joined as a software developer. Software development drew me in because I was able to grow with the project, invest time into understanding the end user, and make continuous improvements to the platform being built. I was fascinated by the ability to disrupt an industry and build a product based on a need in the market.

CapIntel was the perfect place to accomplish all of this because the entire platform and every feature designed is based on customer feedback. Additionally, I get a lot of satisfaction knowing the positive impact our platform has on Canadian households. CapIntel is all about helping the average Canadian build wealth and secure their financial future–something I am very proud to be a part of.

While I have been fortunate not to have encountered any roadblocks related to my gender, I faced the biggest hurdles in my career long before it even began. Starting in grade school, STEM careers were never introduced as a potential option for me or other young women. Instead, guidance counselors often presented career opportunities in traditionally female-dominated industries.

Well into my second degree – when I decided to take my interest in tech more seriously – the university I was enrolled in didn’t have a computer science program. Thankfully they had a few courses like web development, C++, and python, that I was able to take and put towards a minor in computer science. Those courses turned out to be so valuable to my career, but I had no exposure to them until I intentionally searched my school’s entire course listing for computer science course codes.

In my current role at CapIntel, I bring deep care, consideration, and empathy for the end-user, my team, and project stakeholders. Because I was a member of the development team before moving to my current role as a technical project manager, I have a strong understanding of the work being done by the developers and the timelines required for that work. Given this, I’m able to consider the impact of decisions for both the client and the developer team and work toward solutions that work for both.

Also, I’ve found that as the only woman on the development team, I bring a unique perspective that emphasizes the importance of building diverse teams; I am thrilled that CapIntel is committed to building a team as diverse as the people it services.

Attracting more women to the tech industry starts with increasing the exposure to technical skills and careers from a young age. Girls and women need to know that there are positions out there for them, as well as see themselves represented as capable leaders and innovators.

Honestly, being a woman in a male-dominated tech industry is not something I have to think about often. I’m very lucky to have been a part of two great teams that allow me to focus on my work and not my role on the team as a woman. At CapIntel especially, I feel valued and I have been given the opportunities to grow and lead teams based strictly on my merit.

However, I have found myself in well-meaning but disappointing conversations with people outside of the tech industry about being a woman in this space. I’ve had to watch people’s surprise and endure their questioning when sharing what I do for a living in social and networking settings.

I believe that this is largely due to the same lack of exposure that I experienced early on, and unfortunately, people outside of the tech industry haven’t gotten past the surprise of women occupying and finding success in technical roles. In these interactions, it’s often implied that I could work anywhere I want and that I have greater job stability due to companies looking to close their gender gap. I’ve been told things like this many times, and while it’s generally well-intended, it reinforces the idea that women and people from other under-represented groups only get jobs in tech as diversity hires rather than because they are capable, skilled, and cut-out for the industry.

Two names come to mind when I think of women in the tech industry who inspire me. The first is Sara Soueidan, a talented web UI and design systems engineer whose work I have admired for a very long time. I often reference her books, blog posts and speaking events in my work.

The second is Laurence Bradford, a leader in the tech community and the founder of Learn to Code with Me. As a self-taught techie, she has used her platform to make tech accessible, inspiring people to take a leap into the tech world no matter what stage of life they’re at. As I transitioned into tech, I often listened to her podcast and got inspiration from her skills and passion for educating others.

Two misconceptions come to mind, but they go beyond just women in tech. The first is that women are too emotional, which holds them back. Because of how widespread this misconception is, women are often forced to present themselves as dispassionate and restrained, especially in the workplace.

The other is that women do not like to support other women. While I can only speak to my experience, I have been exposed to many online communities of talented and supportive women who actively look out for, uplift, and hire other women.

While I see companies and tech leaders actively making strides to improve this, I wish there was a greater emphasis on exposure to the industry early on. This would help grow the tech industry with bright and diverse talent.

I’m currently trying to do my part by helping to mentor women in two large online groups, one for women in web development and one for women in tech. I plan to find more and better ways to encourage, mentor, and tutor women by getting involved with organizations like Canada Learning Code and Girls who Code.

However, it’s important to note that we can’t rely solely on optimism. We need to collectively call out the issues and take strides towards addressing them. Also, while my experience in tech has been overwhelmingly positive, I recognize that as a cis-gendered, white woman not living with a disability, I have not faced the same challenges as others.

I am glad that conversations are happening and that there’s a new focus on the barriers faced and how to remove them.