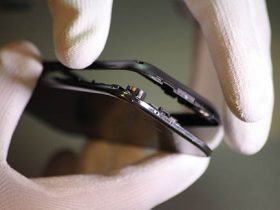 Years in the Industry: Too many to count! (29 years of work experience, 24 of those in tech)

The Quote That Most Inspires You: “When nothing is sure, everything is possible.”

I was drawn to a career in tech by the possibliy of creating – both solutions and companies – that could help empower or delight people. I was also drawn to the idea of entrepreneurship and of meritocracy. The opportunity to be rewarded for makership, for what you do, not where you come from, or who you know.

Like many women (and people of colour – I am of Sikh heritage), I can certainly count times that I feel I have encountered bias within my career. Early on in the tech industry, on the second day of my job at my first ever startup, I was told I “scared the secretaries,” sending me a message that I was somehow “too aggressive” for my environment before I had even done anything. I have certainly been mansplained to, been the “only” in a boardroom or around an executive table, or felt less than included in certain situations. So, I do know that my gender has played a role in my career. I also know that for many people, the discrimination they’ve suffered is far worse than mine, and this is one of the reasons I started theBoardlist. I think platforms that help equalize access to opportunity, particularly leadership of companies, are critical for the tech industry, and all industries.

But it’s also important to note that I have received far more opportunity than obstacles put in my path, I believe that’s largely because I gravitated towards people and companies that shared my values and embraced my strengths. So, while it’s vitally important for us to level the playing field in all ways, it’s also important to go where we are valued and share values.

As a female leader, I believe I have a natural inclination towards empathy inclusivity, and relatability when it comes to making sure everyone feels heard and successful at work. At the same time, I also believe as a female leader, I have always tried to bring all aspects of myself to work – my aggressiveness, my love of things like fashion and beauty, my willingness to be authentic, my role as a mother, and my outsized ambitions – and I hope that has given other women I work with, and everyone I work with – the permission to do the same.

I think that for women leaders to be fully embraced in the tech industry, companies need to set clear intentions about not just recruiting but also placing and retaining diverse leaders through their work practices and cultures. For example, it’s not enough to have a “pipeline” target for diversity – you need to have roles and criteria that make it possible for diverse leaders to get hired into the right leadership roles, not excluded because the criteria you set is itself biased. If you’ve hired strong, diverse leaders, you need to make sure you have the flexibility in your work practices that make possible for them to fully participate, too (for example, if they are also caregivers or parents at home and need to juggle other responsibilities), and feel included and at the table.

Id say that being a leader in tech has still been overall a positive for me, but there is massive room for improvement to make it positive for all.

I think I’m inspired by all the generations of new women leaders who have founded and built unicorns, from Katrina Lake to Rachel Carlson and more; and by those who continue to record new “firsts” for the tech industry that set an example for our next generation as well.

Women don’t have any less ambition than men; though they have less access by virtue of systemic bias.

I wish that we treated solving problems of diversity and inclusion as opportunities that can be solved through technology and apply our mighty horsepower in this direction, too. It’s starting to happen (finally) but as chairman of theBoardlist, there are still days I get told that diversity is a “niche opportunity” and that technology companies don’t see trying to solve it as attractive. But I think solving opportunity for all the world’s talent is a pretty massive mission.

Generally, I’m always an optimist because every day there are new services to delight and empower that are being launched, and there are still many sectors, industries, populations, and countries that can benefit from tech. Whether it’s Canada Drives (where I just joined the board), creating a brand new way for Canadians to buy cars end-to-end online, or a new startup launching in Mexico, everywhere I look, there is still room to innovate.