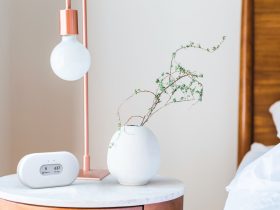 ARHT Media shares (ART.V) hit a 52-week high on news that iconic journalist Gord Martineau, a leading figure in Canadian news broadcasting has joined the Company in the capacity of Media Advisor and Consultant. ARHT Media, a Toronto-based technology company with offices around the world, makes two-way live communication utilizing 3D holograms.  The company offers a patented HoloPresence technology that creates a sense of an individual being in a room when they could actually be thousands of miles away with no noticeable latency.

Mr. Martineau’s award-winning career in journalism and media spans more than 40 years. Most notably, he has been a mainstay on television in Toronto as the senior anchor for Citytv’s CityNews as well as an essential part of the community through his work with several charitable organizations.

“I’m incredibly excited to join the team at ARHT Media as a Media Advisor & Consultant,” stated Gord Martineau. “ARHT has created the future for the most innovative and exciting visual presentations in business and entertainment that I have ever seen.”

Mr. Martineau will actively help introduce ARHT’s HoloPresence technology to business media through his vast network of contacts gained through decades of work in Journalism. In addition to helping expand ARHT’s presence throughout the media, he will also provide on-camera and public speaking training to ARHT’s clients.

“Over the years Gord has mentored countless television presenters and newscasters and now his services are available to ARHT’s clients to enhance their “Business Theatre” while appearing online on our Virtual Global Stage or in person with our HoloPresence display,” commented ARHT CEO Larry O’Reilly. “As an added bonus, he has a rolodex that’s unheard of that will help us spread the word about how ARHT presentations achieve higher net promoter scores and better interactivity than appearing in person. We are thrilled that he has agreed to join our team as a Media Advisor.”

During his career, Mr. Martineau led coverage of some of the most significant news stories of our time for Citytv, including several notable stories with international, national and local scopes. Mr. Martineau has received a number of awards for his work as a journalist including a Gemini Award for “Canada’s Best News Anchor, a Gemini Humanitarian Award, and a RTNDA Canada Lifetime Achievement Award in 2007. Mr. Martineau was also part of the team awarded the 2014 Canadian Screen Award for “Best Local Newscast” for CityNews at 6. As well as in 2012, he was recognized with a Queen Elizabeth II Diamond Jubilee medal.