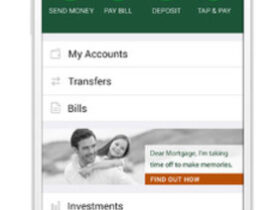 Did you download the Health Canada COVID Alert app to your phone two years ago when it launched? If so, you can happily delete it from your device now as Health Canada has confirmed that it is officially decommissioning the application.

The app was designed to monitor self-reported cases of COVID in your area or where you have visited and advise if you came in close contact with someone who tested positive for the virus, and actively reported so. The app used Bluetooth technology to accomplish this, registering if you were less than two metres from a reported infected person for a duration of at least 15 minutes. If you received notice, you were advised to self-monitor for symptoms and quarantine if displaying them, and/or get tested to confirm. Every so often, you probably received a summary notice confirming that no exposure has been detected over the monitoring period. All data exchanged within the app was anonymous.

The app had its challenges, most notably requiring both citizens to download it as well as those who were confirmed to be infected to actively report this within the app. It was developed by the Government of Ontario in partnership with the federal Canadian Digital Service, Shopify, and BlackBerry, with Apple and Google offering the software as well.

Today, the Government says the app was downloaded by more than 6.9 million people in Canada, 63,117 of whom entered one-time keys. The app identified at least 2,446 confirmed cases of COVID-19 through people who tested positive and notified others using it. A total of 456,349 notifications were sent from the app, presumably also those confirming that no exposure was detected.

Now that the app has been disabled, here is how to delete it from your devices: If you have an iOS device, simply touch and hold the app icon, tap “Remove” and “Delete App” then select “Delete” again to confirm. From an Android device, press and hold the app icon. The phone will vibrate giving you access to move the app icon around on the screen. Drag it to the top of the screen where it says “Uninstall.” When the app turns red, remove your finger and it will be deleted.

The Government of Canada assures that the COVID-19 Alert app never collected personally identifiable information and all data will be deleted, other than “aggregated performance metrics,” which cannot be linked to a specific person.

“While the pandemic is not over, the decision to decommission COVID Alert comes after careful consideration following discussions with provinces and territories on the ongoing evolution of public health programming that varies in each jurisdiction,” says a prepared announcement. “Furthermore, over the last few months, with less PCR testing across Canada, fewer one-time keys (OTK) were being issued and therefore fewer notifications of potential exposures were sent to users resulting in lower app usage.”

The Government of Canada notes that close to 90% of Canadians over the age of 12, equating to 32 million, people were vaccinated against the COVID-19 virus with at least two doses, giving Canada one of the highest rates of vaccination around the world. Case counts have fallen, and hospitalization and deaths are decreasing across the country.

“We are now better equipped to manage the COVID-19 pandemic and reduce pressure on the health care system,” says the Government.

As you delete the app, it’s a good idea to take a look at other apps you might have running on your device but no longer use, and consider deleting those, too.